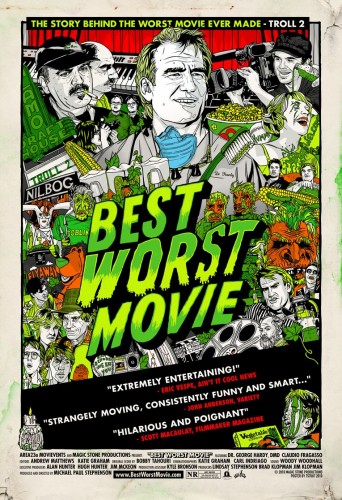 Which all leads us to our movie of the day, the strangely poetic “Best Worst Movie”, a doc that revels in the notion of what is and is not considered a “bad” film. Probably the most heartfelt doc I’ve ever seen, “Best Worst Movie” examines the perspective of a â€œbadâ€ movie from all angles. From the fans to the filmmakers to the cast, everyone talks about their experience. Itâ€™s a really sweet doc that I wasnâ€™t expecting to find much weight behind but itâ€™s one of the best experiences watching a movie that Iâ€™ve ever had in my life. Just because something is â€œbadâ€ doesn’t mean it canâ€™t or doesn’t deserve to be loved.