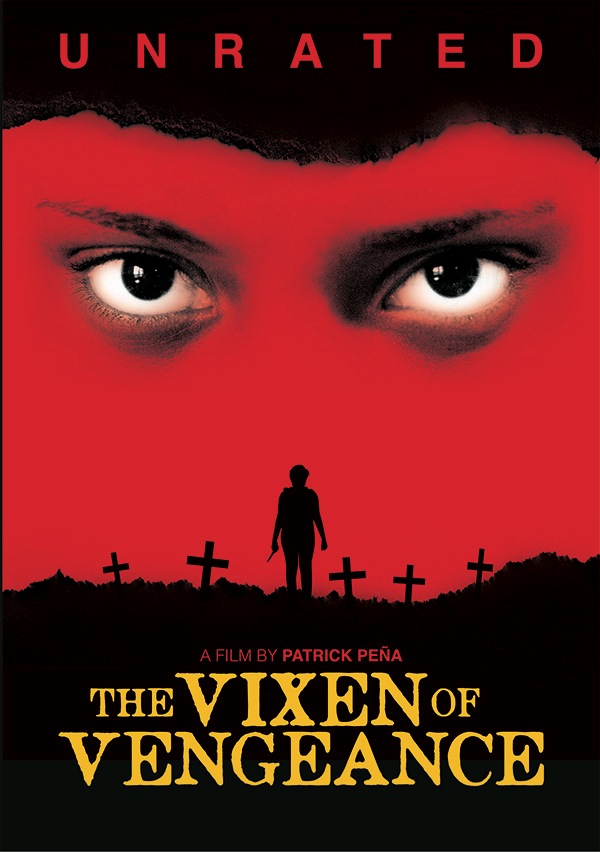 Slasher Studios has teamed up with Luchastyle Studios to offer you their latest thriller, The Vixen of Vengeance, on a special Limited Edition DVD right here at Slasher Studios. We reviewed the film earlier this month and it’s definitely one that you’ll want to get your hands on. We only have 20 DVDs, so don’t miss out on your chance to own this little indie gem.

Synopsis:
When Diane finds out that the disappearance of her boyfriend may be more than a disappearance, she seeks out the men responsible to exact her bloody revenge!

Track 1: Writer/Director Patrick Pena explains how he made his feature debut for under $1000, and how you can do it too. This informative commentary track explains how you can make your no budget masterpiece.

Track 3: Patrick attempts to deliver a commentary track, while drunk.

The Diabolical, the second feature length film by Ryan Callaway, is the newest indie film to try to break out and find an audience. Shot on a small budget in South Jersey, Callaway wore many hats during production just like indie filmmakers often do. As writer, directer, editor, and also a producer on the project, his passion for this movie is evident.

The movie tells the tale of a young girl named Micah. After a series of unfortunate events, Micah loses her family and is taken in by her less than accommodating Uncle Tom. Not before long, poor Micah begins to hears voices and witnesses strange happenings of the paranormal kind. Is there something evil after her or is this all just a young girls imagination?

The acting seemed a bit forced as many lines were monotone and had that scripted feeling, rather than a natural flow. But, as a whole, the production value was very solid for a shoe-string budget passion project. The locations obtained were great, however a little more time with art direction was needed. Cover up the bare bedroom walls with some pictures or posters and you can turn your locations into something totally different and more eye appealing. The story is written and executed fairly well but my one concern is the running time. Only a few minutes short of 2 hours, The Diabolical runs a bit too long for my taste. Cutting a few scenes all together and trimming up a few more to make a tighter cut could really benefit the film. The sound was recorded well and the music did evoke a creepy and uneasy feel that really helped to add the suspense.

The film may have had some issues here and there, but all films do. After all is said and done, Callaway produced what he wanted and in indie filmmaking, that is all that really matters. So, if you are a indie film supporter and don’t mind the extended running time, keep an eye out for The Diabolical.