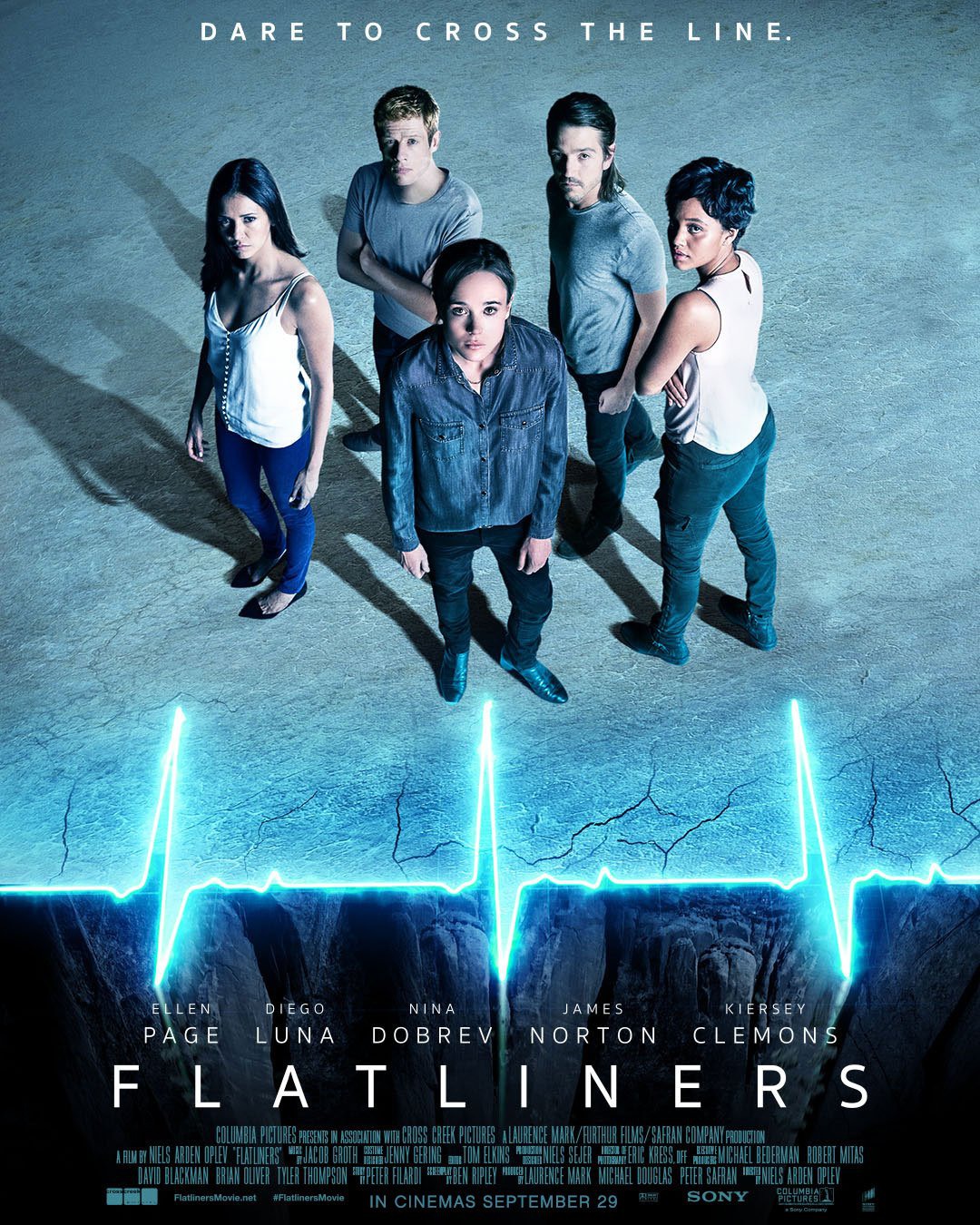 Five medical students begin to experiment with death when they each have their hearts stopped in order to experience the after life and then be brought back to life again. They all see this something incredible, and they suddenly have these heightened abilities. But eventually the group comes to realize thereâ€™s more to death than they expect.

I wasnâ€™t a fan of the original film apart from the general concept and the great cast. It was definitely offered more of a thought-provoking drama than thrills. When I saw the remake was coming, I didnâ€™t have very high expectations. I was actually very surprised with this one. The first half of the movie plays out very much like the original with similar scenes and even a bit of dialogue. This first half was fun and it allowed the cast to really let their characters shine and show their chemistry with each other as they celebrate their discovery and their new refreshed lives. But halfway through the movie it pulls an extremely huge plot turn I was actually shocked by and didnâ€™t see coming at all. Itâ€™s at this point where the remake suddenly becomes its own thing while still having the essence of the original. Where the original and this one differ most especially is the fact that this one is first and foremost a horror film. Is it a fantastic one? No. There are some very formulaic horror moments, but itâ€™s very clear this is all in fun. Some of these moments and have definitely been done before but they still provide enough thrills and donâ€™t go nearly as over-the-top and jump scare heavy as I was anticipating. For being almost two hours long, it actually moves at a pretty steady pace, and again this is thanks to the mid point turn which helps break up the film and give it a new tone. From a filmmaking standpoint, itâ€™s extremely well-filmed and often has some great visuals, most particularly in the after life sequences. The characters are pretty likable and you do have some care about them. Along with this, the cast does a great job, most especially Ellen Page and Nina Dobrev. And newcomer Kiersey Clemons also turns in a solid performance. If anyone of the cast needed more to do it was Diego Luna, he was painted the sensible one of the group but he wasnâ€™t given enough to really push out a stronger performance.

While I personally much preferred this version of Flatliners to the original (though I will say the performances were stronger in the original), itâ€™s still not a great horror film. But for a Fall/early October horror film it delivers in being fun and entertaining with a great cast and likable characters. The original film may be more of a thought provoking drama, but this version takes the same ideas but puts them in a fun horror film.