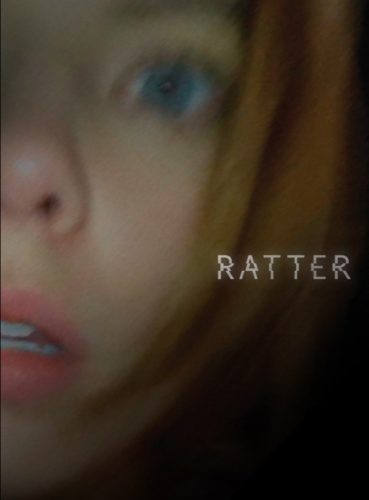 After moving to New York City from Wisconsin, Emma hopes to start life over. Not only on her own, but also away from her crazy ex-boyfriend. Everything is going great, she’s enjoying her classes, loving her new apartment, making new friends, and a new guy in her life. It’s only when she starts receiving weird messages in the mail and on her computer, as well as strange phone calls, she learns she may have a stalker. It turns out that she has been hacked and the hacker is now watching her every move due to an unknowing RAT (Random Access Trojan) download. He now has access to any gadget of her connected to her computer.

Films taking place in the cyber world is slowly becoming a new thing, including voyeurism horror. Some of them work, and some of them don’t. The Den had some good suspense in it, but didn’t capture the cyber aspects well. Unfriended wasn’t scary or suspenseful at all, but nailed the cyber world. It’s very hard to find common ground, but even harder for these films to capture some realism in general. Ratter is a low budget horror film that works well enough with the gadgets it has, but more than anything it takes a very common and plausible scenario and brings it to life in a terrifying way. At first glance it looks like it’s a found footage film. This isn’t the case at all. Yes, it’s all through means of electronics, but we are actually seeing the events unfold from the very beginning through the screen of the stalker. We never once in the film get to be with Emma, which makes it even more disturbing to know that this whole time we are merely following Emma like the hacker/stalker is. The use of these gadgets and the point of views aren’t as silly as some because it actually works. The most interesting ones comes from the point of view of Emma’s cellphone. This knowledge is creepy enough of how we are viewing the film, but what makes it twice as horrific is the fact that this is a real thing and could happen to anyone. The events start out small, and gradually become more threatening. It all leads to an ending that is extremely horrific and a punch in the gut. It very much stuck with me for quite some time after it was over, not just the ending but the paranoia of the subject matter it deals with.

I may end up being the only one to say this after seeing it, but I honestly found it the scariest movie I’ve seen in my adult life. This easily due to what I mentioned above about the fact that this kind of thing could really happen, and it’s only made me more paranoid about what I do with my electronics. The disturbing ending only added to it. Some may not be satisfied with the ending but it’s a situation where the unknown only makes it scarier. Despite this, I will say it’s not a perfect film. Despite being only an hour and twenty minutes, there are moments where it feels much longer and I found myself wanting it to move along quicker once things were clearly already established. This doesn’t include the scenes where we get to know Emma as person and see her relationships develop with the new people in her life and see the relationships from her past. Ashley Benson is solid in the main role, she plays Emma with a great likability and you feel genuinely sorry and fear for her when her life becomes in turmoil. She also emits the emotions of fear and paranoia flawlessly. There isn’t a moment of over-exaggeration or over-the-top acting. It feels very real. Matt McGorry also provides a nice performance as Emma’s new love interest. McGorry brings in great charm and comes off as a real and sincere character and the two actors have very strong chemistry. Overall, the performances in the film are solid, even the who actors who we only hear the voices of do a fine job.

Ratter will be a film that I think most will probably not enjoy or think about as much I did. Let alone consider it a truly terrifying movie. Maybe I’m overthinking it, or maybe I just saw something deep within it to make me feel that way. Either way, I do genuinely feel that this film brings something fresh and more suspenseful to the cyber-horror genre than most recent films.