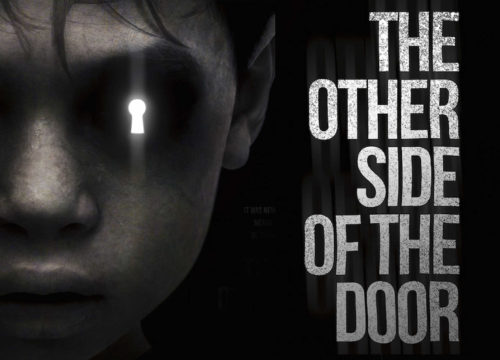 An American couple living in India lose their son in a tragic car accident, leaving only their daughter alive. The mother still feels guilt for being unable to save him. After an attempted suicide, the coupleâ€™s housekeeper tells the mother about a temple where she will get to have one last goodbye with her son at its door, but she must not open it. As per usual the mother opens the door and all hell breaks loose and evil follows her home.

Not gonna lie, this review will be super short. Literally everything about this film is predictable. Every decision the characters make, every direction the story decides to take, and even the jump scares. Every clichÃ© possible is dumped into this. In no way whatsoever does it even try to be original. If this had been an independent horror film, thereâ€™s no doubt in my mind that this would have ended on a dark note, but at least in the manner Iâ€™m thinking, it would have been close to original and might have saved the film slightly. But alas, every single possible plot device you can think of in a film like this happens. Not only is it predictable, it boring as hell. There is zero tension or suspense, and the boring aspects also come from the predictability. The characters werenâ€™t interesting at all and were cardboard cutouts. You have the grieving and desperate mother, the workaholic father who is never present, the superstitious maid, the cute daughter who tries to make nice with the ghost, and the family dog (and the birds and the fish). I wish I could say the acting was redeemable, but it wasnâ€™t. Itâ€™s not even that the acting was bad, just nothing special about them. If there was one thing that actually was redeemable about the film itâ€™s the production design. It does a good job of using the locations to its advantage and using the lighting to add an eeriness to it. Even the landscaping shots of India were nice to look at.

Plain and simple, what lies on the other side of the door is a boring and predictable film that puts in zero effort to provide an even remotely engaging or entertaining experience. Seriously, just donâ€™t open this one. Please.