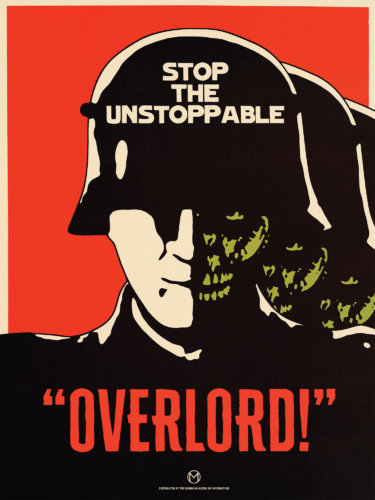 A group of soldiers crash into a Nazi-occupied village where they discover the Nazis are performing sinister experiments on the people of the village.

Right from the get-go, Overlord is fast-paced and delivers thrills with an intense plane crash sequence. The whole sequence is intense and extremely well-filmed. From there, the intensity is very consistent, as is the cinematography. There is a long tracking tracking shot of a character running out of a building that looks brilliant. While this movie does feature a plot that has horror elements, the movie itself isnâ€™t as full-blown horror as the trailers give off. Much of this movie is war and action based with horror playing a part in it. The zombies/mutants arenâ€™t a huge presence or bring much carnage, but they are still integral to the story. This isnâ€™t to say the movie itself doesnâ€™t offer intensity, and it definitely offers plenty of great blood and gore.

There really isnâ€™t one dull moment in the movie. The cast really helps boost the movie along and they all do an excellent job, most especially Wyatt Russell as the bad-ass corporal, and Mathilde Ollivier as the strong female character who helps the soldiers. For the most part the characters are likable, a couple of them start out annoying or unlikable but develop character arcs that redeem them. The lead character is way too nice for a character thrown into WWII and is opposed to the violent acts around him and it got annoying until the final act when he becomes more of a bad ass. Thereâ€™s also a character who is a huge asshole that ends up redeeming himself. Iâ€™m definitely glad this ultimately didnâ€™t become a Cloverfield-universe film because they would have to jump through really ridiculous hoops to connect it, probably more ridiculous than Cloverfield Paradox. Much of the movie comes off as the plot of a video game and often plays out like one, and that offers much of the entertainment.

Itâ€™s a pretty ridiculous plot and doesnâ€™t go too in depth with the experiment or explore it too much, but this is still one wild and entertaining action-horror film.