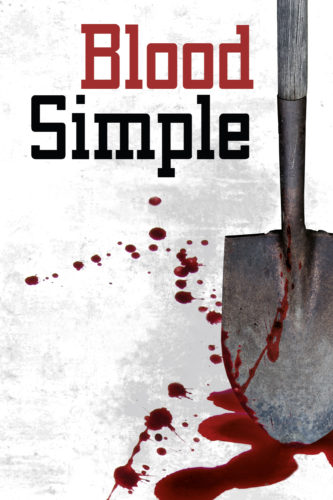 In the month of October, I am celebrating the films of Not Quite Horror legends Joel and Ethan Coen.

The Monster: The Coen Brothers debut film is filled with monsters, but private detective Loren Visser (M. Emmet Walsh) is a killer who bites harder than he barks. Visser is hired to catch a cheating wife, and before long the secret lovers, the husband, and the private eye are all scheming to stay alive while eliminating anyone standing in their way.

Visser may be a killer, but heâ€™s hard to hate. Heâ€™s likeable and philosophical until he acts. When he does strike, he does so like a Great White shark with its eyes rolled up in its head.

The Horror: Blood Simpleâ€™s sense of humor stands a few steps further up the gallows than the rest of the Coen Brothersâ€™ films. The awkward goofiness of later films (for example, Raising Arizona) is replaced with a smirk before death. None of the actors in Blood Simple seem like they really believe theyâ€™ll escape with their lives, and yet they struggle on.

The Shared Fate: As their first feature, Blood Simple is the grit that polished the Coen Brothersâ€™ future career style. Later films attempt to cut their nihilism with wacky humor, but this film does not skimp on darkness â€“ from the lighting to the ending and everything else.

Blood Simple is a movie with a moral â€“ youâ€™re going to lose. And when you lose, it will be unpleasant. You wonâ€™t see it coming, either.