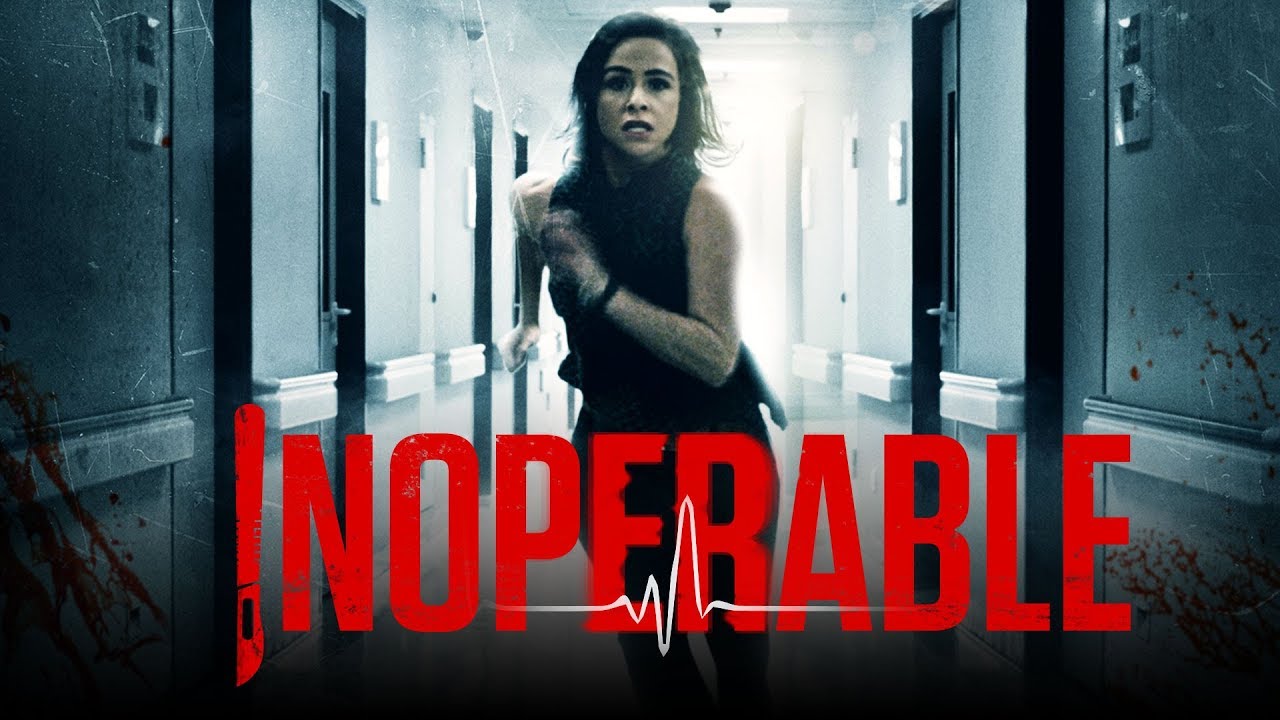 A young woman named Amy wakes up in the hospital after a escaping a major pile-up. With a hurricane quickly approaching, Amy discovers that something isnâ€™t right about this hospital. For some reason she is trapped in time loop until she can escape the hospital, but if she is captured and killed she will be stuck there forever.

Iâ€™m going to be upfront about this, this is a bad movie. Films involving time loops can often be fun or suspenseful where youâ€™re kept guessing or rooting for the lead get out of their loop. The most recent example being Happy Death Day, it took the tired â€œGroundhog Dayâ€ time loop plot and made it feel fresh and fun. Inoperable was 80 minutes of boring nothingness. The whole time with each loop itâ€™s Amy running around hallways with only small bit thrown in to possibly explain the loop, and it makes zero sense at all. Nothing in this movie makes any sense, even when the ending reveal comes about, even that doesnâ€™t make any sense. I canâ€™t deny that it doesnâ€™t make use of its hospital setting, because it certainly does. As far as intensity, there isnâ€™t any of that here, they could have amped this up so much more and the hospital and the people working so much more horrific. Instead, we get Amy running around like Pac-Man trying to avoid the Ghosts. Itâ€™s just so boring and repetitive (in the worst way). Had each loop been different and something more significant been revealed each time, along more intensity, this could have been even at least a smidge better than it was. But then it all comes out to the nonsensical plot. Danielle Harris is fine in the role and appears to be committed, she plays the confused and panicked Amy very well, and her very last scene was hands down her best moment of the film. Other than Harris the rest of the cast is just plain awful.

Itâ€™s unfortunate that even Danielle Harris couldnâ€™t save this movie, as much as I love her, I really wish this was one film I hadnâ€™t watched. Sheâ€™s done some pretty bad ones in the past, but Iâ€™ve at least found them watchable and semi-entertaining. This one is hands-down the worst film of hers Iâ€™ve seen, which pains me to say as a fan. Just stay away from this one.