Ahh Curtains. A vastly underrated and overlooked Canadian [yeah baby!!!] slasher. I spent almost my whole life trying to find the love for this movie, as I didn’t have internet as a kid, my parents did buy me VideoHound yearly, and I was always saddened by the WOOF [zero stars] rating it gave it, they didn’t even give a proper synopsis, did they even watch it???

When I was 7 years old I came home to my sister and cousin slapping this on, they stopped watching, but I knew, even then, that this was one slick horror treat! I LOVE the artwork of this case, it’s so creepy! I have a huge poster that I have framed in my living room, proud to have it on display, it needs all the recognition it can get. I have fond memories of watching this late at night with root beer and popcorn!

The plot involves asshole director Stryker holding an audition for “Audra” the main character in his new movie, having his ex wife Samantha think she’s up for the role only to abandon her at a mental hospital, which she was using as research, and proceed with the casting of 6 hot new and up coming actresses at his remote cabin in the Ontario Wilderness. Someone joins the casting party wearing a old hag mask and carrying a creepy doll, with murder on the mind. Who is doing the slashing?

What I really like about this movie that probably won’t apply to everyone but the narrative is odd and even non linear, events are even random at times. Now you could blame the sloppy, undeveloped narrative on the producers clashing with the directors vision making the film confusing and filled with plot holes. I see that as actually adding to the movies dreamy atmosphere. That’s what I get from this movie, it’s like a dream of Patti while in the mental hospital. What really happened? How did Patti know where Amanda lived and how did she get the mask? What’s the deal with that doll? The stalk sequences (the ice rink and prop house) actually come off as if it’s someone’s dream. Can’t speak for everyone, but I’ve had dreams of being chased and the feeling and mood I felt in the dream was basically the whole prop house stalk scene. Why is it a maze? how did Sandee Currie get lost? All very dream like with the sound design adding to the creepy atmosphere. I LOVE the sound of the humming lights, especially when she walks through the mannequins. Very Kubrick inspired. The ice skating scene is terrifying and the slow motion yet again adds to the notion that this film is someone’s very disturbed mind while they sleep. Obsessed with acting, getting the role, and doing anything you can to get it, including murder, the hardcore phobias of the casting couch and becoming old before your dreams are fulfilled. I also have to comment on how when I do show this to people, they “get played like a piano” as the film moves along, they don’t see a lot of surprises coming and that is all you could ask for in a horror movie! A lot of the narrative twists really work, like the rape scene? I love how is plays with the perception of reality, what is real and what is staged, love it!

Now after reading AMAZING interviews on The Terror Trap with producer Peter Simpson, the down to earth, extremely lovable Lesleh Donaldson, the classy and compassionate Lynne Griffin, and the talented composer Paul Zaza and it answered all the questions I could possibly think of, plus some! Making me love the movie all the more on a whole personal level, and this film NEEDS a DVD release with a top notch transfer before I can rest in peace! The acting is very competent and composed, I just wish we got some more depth to some of the actresses, but than again, add that to the dream logic, do you know everyone’s back stories in a dream? Like Mathew, ha ha the perfect anonymous person in a dream. Who the hell was he? David Lynch would be proud!

I also love that it’s filmed in Ontario, the exterior of the cabin property look like my parents back yard, especially the ice skating area. Riding Mountain National Park in Manitoba is VERY Curtains, I feel the need to wear a old hag mask while listening to “You Save My Soul” while cruising through the park.

The movie needs more love, and stop with the hate! It knocks out many slashers from the same era right out of the park! Elegance has never looked so good in a slasher flick! Luckily I’ve found some love for this flick thanks to Facebook, but it deserves MORE praise!!!!!!!

RIP Peter Simpson! thank you for all your contributions to the film industry, especially horror!

And RIP beautiful Sandee Currie, reading about your passing affected me greatly, and I thought about you for days afterwards. you truly were breathtaking in your beauty and personality!!! A tragic story. 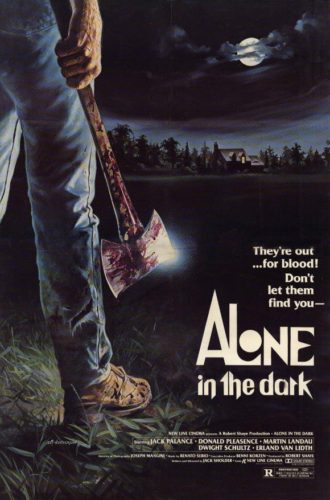 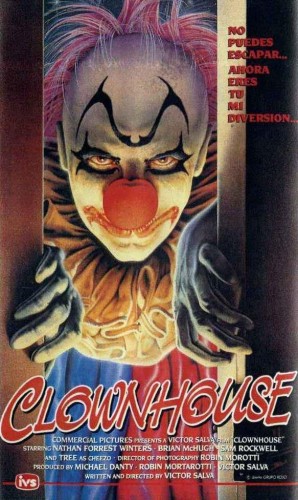 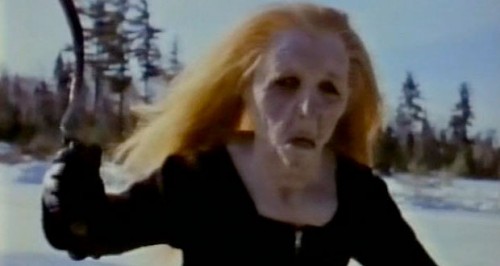