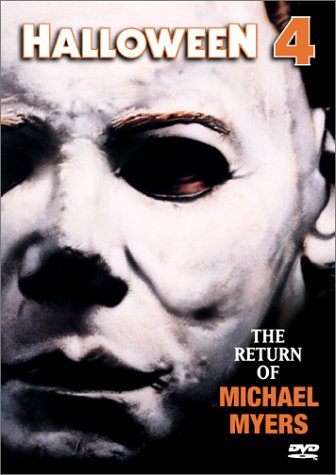 We are back with another slasher double feature from our resident Twitter reviewer Tim Schilling. Today he is looking at “Halloween 4” and “Halloween 5”, one of the best loved Halloween sequels and another sequel that most fans would love to forget. Twenty+ years later, how well do these sequels hold up? Let’s dig in and find out if Michael’s knife is as sharp as ever with “Halloween 4: The Return of Michael Myers.”

Thoughts before the film:
Halloween is probably my least favorite slasher series… Why do I keep coming back to it? #Halloween4

Thoughts while watching:
0:10 I won’t even ask why Michael already has his mask back on, he was only in lockdown for like ten years.
0:17 I wonder how bodies get chewed up from a car crash so much that you can’t tell how many people there were.
0:21 The scene where dr. Loomis is in the gas station. Scared the crap outta me when I was young. I realize I was a big baby.
0:27 Oh no they hit a cow and flipped over! Is 50 First Dates a spin off?
0:29 I feel really bad for Jamie for some reason. She’s too little.
0:35 Dr. Loomis is the one that needs to be locked up I think sometimes.
0:38 El oh el Brady you stupid.
0:40 If the phone just keeps ringing when you call the police… bring out the rednecks.
0:59 Trolololol too bad Michael is already in the house.
1:12 The part where they’re on the roof is pretty intense.
1:24 Jamie you freaking psychopath.

Final Verdict:
Besides the lame beginning, Halloween: The Return of Michael Myers was actually decent. I loved the settings in the movie and the general idea of the story. It also had some very creepy shots of Michael which reminded me when I watched as a kid that scared the crap outta me. 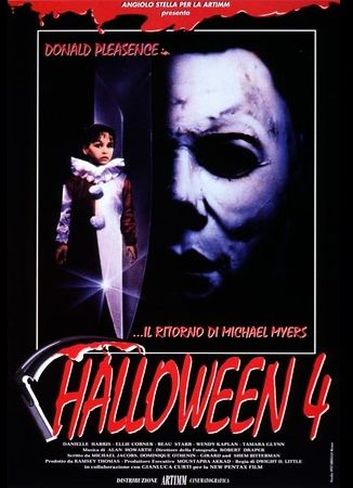 After a ten-year coma, Michael Myers awakens and returns to Haddonfield in deadly pursuit of his niece, Jamie Lloyd, killing anyone who gets in the way. It is up to Dr. Loomis (who also strangely survived the brutal hospital explosion in the finale of Halloween II) to save the child and send the possessed face of evil to hell.

The opening to this continuation of the Myers character is so sinister in tone that it is nearly impossible for the film itself to match up to its disturbing atmosphere. It is all about the setting while the beginning credits are pouring onto the screen; an overcast of red-orange leaks across the Haddonfield sky, while shots of ramshackle farmhouses and plow equipment are doused with traditional Halloween decorations and pumpkinhead scarecrows. The eerie and faded sound of disturbing autumn wind vibrates about, and then the story is given birth to.

Return is in essence very similar in premise to the first film, from beginning to end. While there are some new elements added, a big part of this is rehash. It works for fans that really wanted the Myers character back, because he does go on an insane extravaganza of death after his ten-year hiatus. And if the first two installments of the series did not guarantee enough that this maniacs strength is beyond that of a normal human, this one inflicts it strongly. 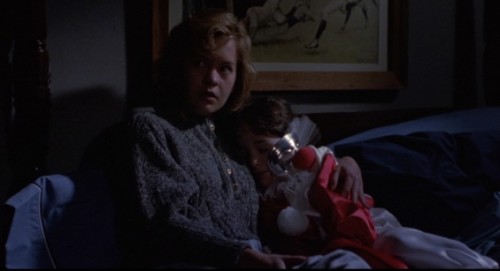 This sequel also tries to keep real to its foundation in terms of somewhat solid character development, with mostly everyone in the Haddonfield universe. Even the souls that arenâ€™t overly important are authentic feeling, as is the city itself. Director Dwight H. Little and cinematographer Peter Collister do an astounding job of bringing Haddonfield back to life. Return succeeds in giving that picture postcard feel that the first film has (more so than Halloween II), making the territory fun and familiar. Also, it really does feel like the season in this picture, even if the Jack-O-Lanterns are in truth, painted squash. Although, the feeling of Halloween could have been laid down even thicker; and it would not have hurt a bit.

Ellie Cornell is enjoyable as Jamieâ€™s stepsister, whom at first glance comes off as a self-centered bitch, but later on does many gallant deeds to save the little girl from the hands of evil. Danielle Harris really showed promise as a young female lead, and it is a shame that she is not a stronger power in the horror industry as of late. She truly carries her own, even alongside Donald Pleasance. As for the late genre icon, he dishes his performance as if this film was made a day after the first two entries. He never skips a beat. A favorite moment in the film is when a drunken priest picks him up after his car is blown into a ball of flames at the hands of The Shape. The conversation between the two about Armageddon and damnation is another part of the movies success at creating a helpless and dark ambiance. 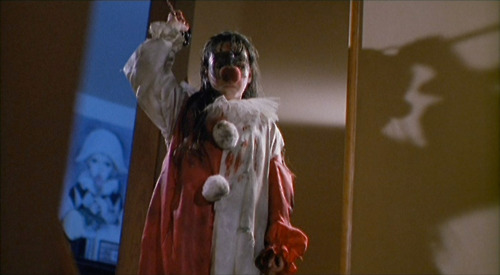 George Wilbur is a less than thrilling Michael Myers, but heâ€™s not all at fault. The re-imagining of the Shatner mask looks as if it was made to be emotionless, but it just ends up looking unnatural and only effective in a few ample scenes. It is absurd that he would immediately go looking for a mechanic uniform and similar mask in the first place. Same goes for the way Wilbur presents Myers, the character feels less machine-like, and many moments he just looks down right frivolous. Towards the end when he is blasted into a water well by a mob of angry Haddonfield cops and drunken townsfolk, Myers plummets in the most ridiculous looking manner possible, almost like heâ€™s dancing at a rave while having a seizure on his way down to his temporary burial.

It is a shame that FX artist John Carl Buechler did not work on the entire film, because the two deaths he was brought in to create (due to the film being too tame) are definite high points of Return. Unfortunately, the first one takes place not ten minutes into the movie, and the next one is about five minutes away from the end. However, Myers is given much to do, such as snapping a victims neck like a twig, throwing Bucky the geeky electrician into the electric probes at the town plant (causing a total power outage), shoving a shotgun through the sheriffs daughter and a few more.

So, I am actually one of the saps that really enjoyed Season of the Witch, more so than this film. However, as far as bringing back the iconic Myers into the picture, this is probably the most favorable in respect to what Carpenter originally unleashed; I dare say it does not get better further down the line of unnecessary sequels.

To buy from Amazon: Halloween 4: The Return of Michael Myers (Special DiviMax Edition)