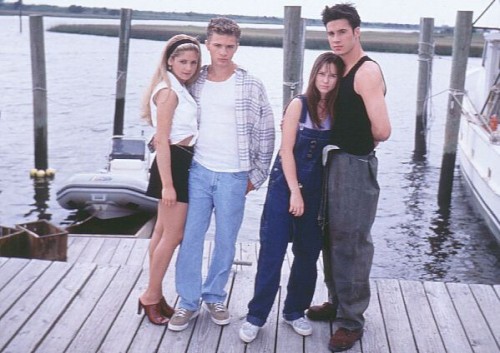 The first horror movie I ever saw was the classic ’90s slasher I Know What You Did Last Summer at 6 years old.

The film is about a group of friends: Julie (Jennifer Love Hewitt), Helen (Sarah Michelle Gellar), Barry (Ryan Philippe), and Ray (Freddie Prinze, Jr.) whom on one dark 4th of July night, the summer after graduating high school, decide to go cruising on the open road in their town of Southport. While on this little joy ride they hit a man with their car. The teens panic and are unsure whether to leave the body or call the police. In the end they decide to toss the body into the bay and swear to take the grave what happened that night. One year later, Julie receives an anonymous note saying â€œI Know What You Did Last Summerâ€. Julie panics and goes to find her old friends telling them she thinks somebody saw them that night. During the next few days, the friends find themselves being stalked and tortured. But what this psycho has in store for the teens will only take place on one dayâ€¦July 4th.

I remember watching this film with my mom and my aunt. The whole time my mom and aunt kept on asking me, â€œarenâ€™t you scared of this?â€ My response to them was â€œno.â€ There were times where they told me to cover my eyes. So in order to be able to finish the movie I covered my eyes, but secretly peaking between my fingers so I could see. After seeing the movie, I loved it and I remember telling my friends at school about it and they were just amazed that I watched it. This was the film that made me love horror movies, especially slashers. Throughout my childhood I always wanted to play horror games. Iâ€™d get my cousins to play a game version of I Know What You Did Last Summer with me and Iâ€™d chase them around with a clothes hanger. There were even times when Iâ€™d have people act out certain parts with me. Especially Helenâ€™s chase scene.

To this day I Know remains not only one of my top 5 favorite horror films, but one of my favorite films of all time. Thereâ€™s a ton of fun to be had with this great slasher, and I still have fun watching it to this day. Even though I know what happens, I still find myself cheering Helen on in her big scene.

I started getting my younger sister to follow in my footsteps of the horror world at 4 years old, and I Know What You Did Last Summer was one of the first films I showed her. Even at 9 years old she still loves watching this movie. 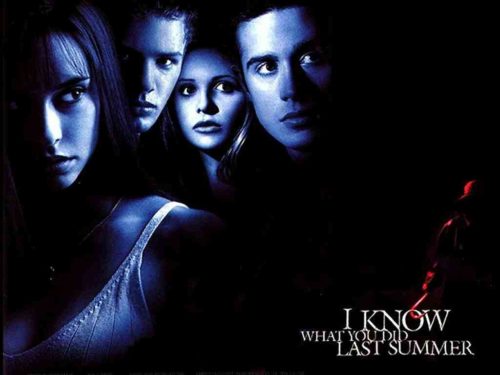 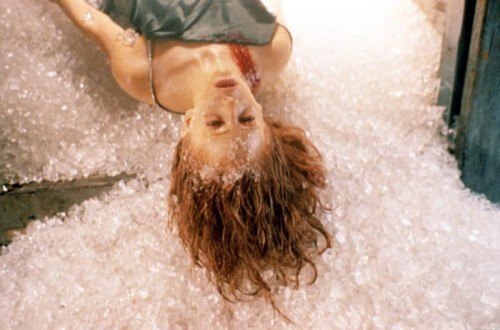 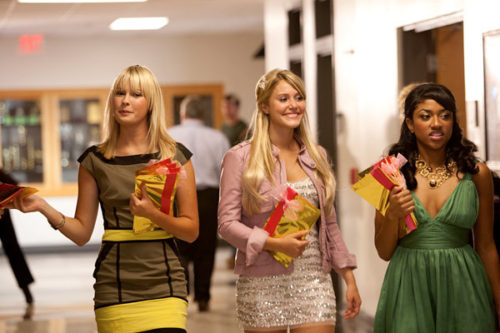 Most hard core horror fans are not exactly big fans of the meta, self aware, late 90’s style of horror movie that “Scream” so successfully ushered in. Movies like “I Know What You Did Last Summer” and “Urban Legend” were huge hits with the general public but less so with horror fans and critics alike. How dare they create a fun, knowingly mocking type of horror movie? Looking back more than a decade later, it’s easier to see the appeal of these films. They are cheeky, tongue-in-cheek slasher films with hot WB casts gets butchered in interesting ways. Are these great films? Not really. Are they a hell of a lot of fun? You bet. So it is without further ado that I give you our first 90’s Slasher Throwback title…”I Know What You Did Last Summer”.