I love Stephen King’s 70s and 80s work so much. It’s well known that King was an alcoholic and cocaine addict right up until the publication of “The TommyKnockers” and that his wife and children had an intervention where she dumped a garbage can filled with remains from his constant abuse on the floor in front of him and declared to get help or get out. He pulled through and some have said since then his work has gotten better and more adult and then you have others [like me] who finds the work decent enough just lacking that vital urgency and depth he penned while intoxicated.

The novel for The Tommyknockers is basically a metaphor for drug and alcohol addiction. Bobbi Anderson and her good old bugle stumble upon hunk of metal protruding from the ground in her backyard and slowly start to dig it up only to find out the metal is a spaceship buried beneath the earth for millions of years and once exposed it gives off something in the air that makes you incredibly intelligent, inventive, and practical, but it comes with a price tag not with $$$ but with your mind and soul and once it has it’s hold on you it’s incredibly hard to quit and they need it to function. Like drugs and booze, the more it takes it’s hold on you the more your health and appearance deteriorate into a monstrosity, here your teeth and hair fall out, your skin becomes transparent, and seaweed like tentacles slither out from your genitals. Something Bobbi and the residents of the small Maine village Haven all soon find out. Bobbi’s lifetime friend and once lover Gard arrives on the scene right as this is all going down and he is a raging alcoholic who, luckily, is immune to the toxic Haven air and tries to save Bobbi before it’s too late. Of course many of the Haven townsfolk have fully embraced the changes and have developed homicidal tendencies that they indulge in with destructive weapons they create, making it all the more harder for Gard to survive.

That is all in the book and is brilliantly written, if not too bloated and even redundant at times. Still it is never boring or unconvincing from page 1 to end and you fully accept and see the stakes that are raised, you care about Gard and Bobbi and see it all as a tragedy with King’s immensely observant opinion on Human stupidity and I gave it *** out of ****.

This mini-series fails miserably as an adaption, and even worse, as just an entertaining product. I’m sure it being made for tv was it’s main flaw and why everything comes off as tacky, undeveloped, and some dire writing. There’s something already ludicrous about the original material and which is why King is such a great writer as he makes you believe whatever it is he’s writing about. Here, everything isn’t translated well at all and instead of being scared or creeped out you have to laugh or groan at such ham-fisted delivery of over the top execution and pathetic horror elements. Everything is so typical and literal. The characters are barely sketched or believable, despite having a very talented cast who have all done much better, before and ever after.

The Tommyknockers mythology and the Why behind them is compromised for typical big head aliens who growl and snarl at the camera while doing nothing else. These are the intelligent creatures that can create anything and have mastered Space Travel? Little more than your average b-movie creatures. The inventions they come up with are mundane and fatuous and raises many questions throughout, bordering on major plot holes big enough to fly a spaceship through.

I love when King creates a town and has the threat, whether it be vampires, aliens, or evil shopkeeper, that slowly but surely overtakes the whole town, it’s always a fun treat to read it all as it enfolds. You really get the sense of history and the ways small communities work, all the more effective when the terror starts. We barely get any sense of that in this turkey. Haven in this adaption is a dead end town with barely any interesting characters in it so who really cares when the aliens invade? Anyone? A perfect example is the pathetic and pitiful Becka Paulson and her plight. Brilliant and depressing in the novel ,here it’s more perfunctory and cliche and you don’t really get any details on it. No one is given any realistic details or memorable dialogue.

The best part I guess is the use of the green light as the presence or toxic poison the spaceship spews into the air. I’d probably prefer to watch the green light splashing around a black screen for 3 hours then watch this again in it’s entirety.

Overall a laughable and contemptible attempt at adapting a King novel that, excuse me for being so cocky, but to me doesn’t seem that hard at all to stay true to the original novel if the right people tried, not people digging the paycheck and submitting whatever low quality trash they first come up with.

If King hasn’t seen it I’d avoid this rubbish as it may break, insult, and depress him and make him want to relapse HARD! It’s that insulting to the original source material. 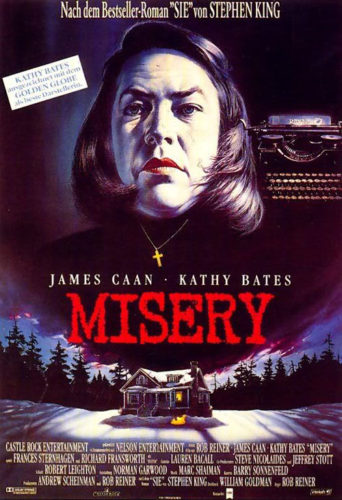