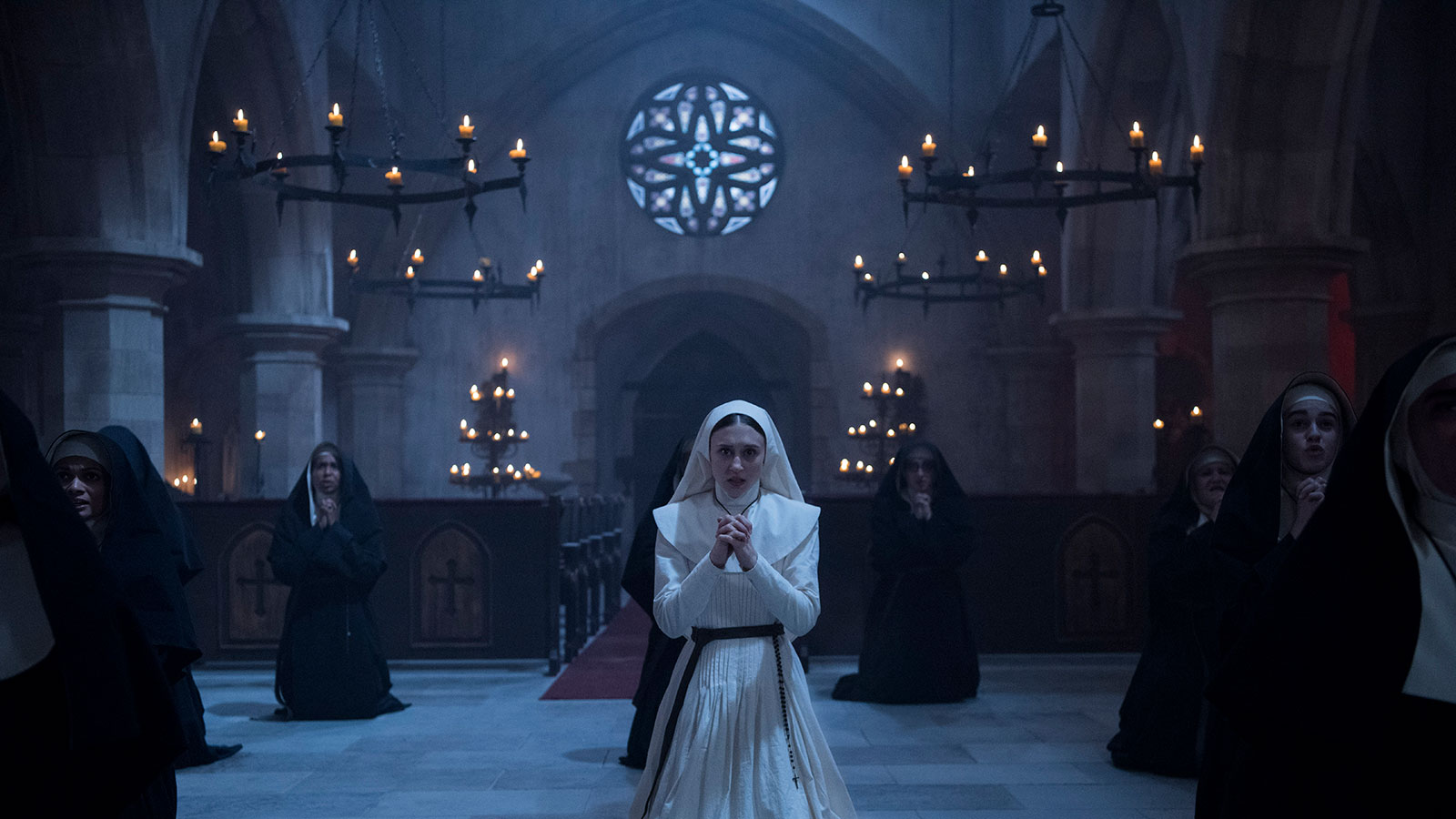 A young woman training to become a nun is recruited to join a priest and a villager to investigate the mysterious suicide of a nun. When they arrive at the church, they discover that an old evil is lurking within.

The titular nun Valak was introduced in The Conjuring 2, and while I thought that film was decent, Valak was easily the most terrifying part of the film. What made her scary was the subtlety of how she was used. Here she is relegated to roaring and lunging at characters in the dark. As a result, the film about the nun made the nun even less scary. The saddest part is that Valak isnâ€™t used entirely that much here. The film itself is actually pretty dull compared to the two Conjuring films and Annabelle Creation, it ranks with the original Annabelle film in that lacks any real intensity or scares. What we get is extremely generic with jump scares that will only scare teenage girls or the most easily scared viewer. There is one scene towards the end involving a character having to maneuver their way through a creepy room of nuns that is a little intense, however, it bares a strong resemblance to a similar scene in the first Silent Hill movie. I do give it credit for providing a spooky atmosphere with its setting, however.

The film also suffers from a bland and uninteresting script in addition to bland and uninteresting characters. The lead character is supposed to have psychic visions, but this is hardly used in any way that matters to the plot. The character of Frenchie is made annoying by having him pipe in painfully unfunny comments. The priest character is written as your typical tortured priest who has his own past demons and wants to redeem himself. In a nutshell this is an extremely uninspired film. The best part of the whole film was the ending that shows how this film connects to The Conjuring. The performances by the cast were so-so, Tassia Farmiga in particular does as well as she possibly can with such a boring character. Had this not been a Conjuring universe film, I could easily see this being straight to DVD or buried somewhere on Netflix or Hulu.