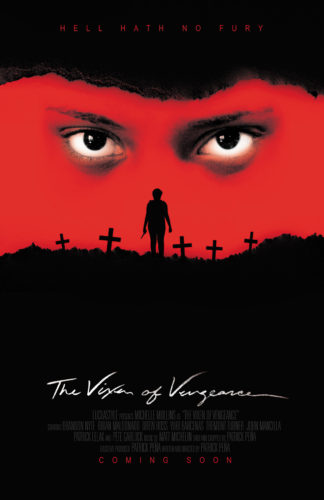 I have a love-hate relationship with the exploitation genre. I love the gritty, homegrown look and feel of these microbudget indies. However, too often, they appear to confuse shock for plot and nudity for character development. While my favorite exploitation films from the 70’s and early 80’s did indeed feature all of the above, it was the characters that defined these films. A rooting interest in a lead is the make-it or break-it point for just about any genre film. It is especially true for exploitation films.

This leads me to our review of the day, which is indeed an exploitation throwback film to the drive-in era. Patrick Pena’s The Vixen of Vengeance tells the story of a young woman named Diane Young (nicely played by newcomer Michelle Mullins) as she tries to unravel the clues behind her boyfriend’s disappearance. When the puzzle pieces fall into place, she decides to take matters into her own hands by getting revenge on the group responsible. 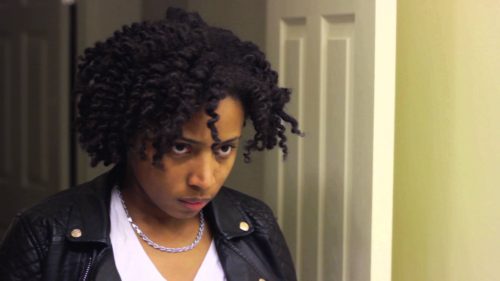 It’s a pretty straight forward and to-the-point exploitation film. It barely runs an hour long but not a single minute of the film is wasted. It has the feel of a B-movie that would be the second part of a drive-in double feature. What works best about this film is that it never feels overly misogynistic, a definite downfall of the drive-in films from yesteryear. Diane is a strong, capable woman who is able to do what she needs to do in order to survive and finally get some closure on her past. Some of the best moments of the film are mere closeups of Mullins’ expressive face. You can feel the backstory and the pain, this works better than any kind of nudity or “shock value” ever would.

While Vengeance isn’t a perfect film, the audio is weak at times and the supporting cast is a mixed bag of performances, it is a film with it’s heart in the right place. I’d love to see more from Pena because what is on display here shows the mark of a talented filmmaker. With a larger budget and more experience, I have no doubt in my mind that his next film will be even better.

The Vixen of Vengeance is now available for preorder here. Support indie films and pick up a DVD.