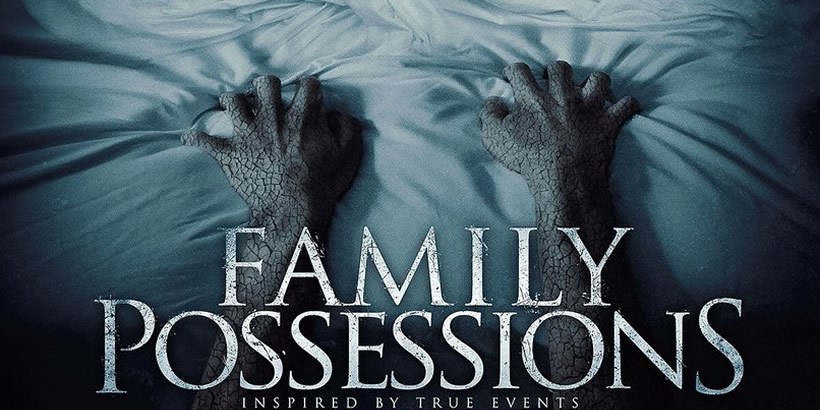 After inheriting her grandmotherâ€™s house, a young woman named Rachael and her family move into it. But as they get settled in, Rachael starts to encounter strange occurrences within the house, not only this but she learns from the townspeople that her grandmother has been keeping some dark secrets.

At first glance, Family Possessions may come off as your average haunted house film. But in reality there is actually a lot more to it than that. Tommy Faircloth writes and directs this film with some very solid precision. As far as the script goes, itâ€™s actually pretty fresh and original by todayâ€™s horror standards. While it draws from different sub genres of horror, theyâ€™re all wrapped up in this tight mystery tale that makes you think itâ€™s going in one direction but veers into another. Although I do wish there was a little more focus on the witchcraft material since itâ€™s really what sets much of the plot in motion, along with more insight on the visions Rachael has. Faircloth also directs this film with solid vision. The creepy scenes within the house are really well-executed and captured. The practical effects at hand are also pleasing, one scene early on in the film made my teeth hurt with how effective it was and how good the effects looked.

When it comes to scares, most of the jump scares are genuinely all in fun and donâ€™t really take themselves too seriously. The script also features some genuinely funny moments, most especially involving Rachaelâ€™s encounters with the two bitchy baristas played by Elizabeth Mears and Mark Patton, and even Mears and Pattonâ€™s scene together are comical to watch, and the two actors just eat up the parts and clearly are having a blast doing it. In addition to them, we also have Felissa Rose as Rachaelâ€™s new friend Maggieâ€™s bitchy alcoholic mother. Rose is also clearly having fun with her over-the-top role. Erika Edwards who plays Maggie does a fine job of making you really fall for her sweet but oddness but also makes you unsure of whether she can be trusted. Finally, we have Leah Wiseman as Rachael. Wiseman is no stranger to indie horror after stealing the screen in supporting roles with Dismembering Christmas and Irrational Fear, but this time sheâ€™s front and center, and she easily proves sheâ€™s more than capable of carrying a movie. She plays Rachel with some great wit, but also with some real humanity and relatability. Wiseman also does a great job of showing her struggle between wanting to find out the truth and trying to keep things together for her and her struggling family. For the most part the entire cast does a solid job, with only some performances that were a little weaker.

I highly recommend this indie horror film, itâ€™s a fresh and fun mystery ride that boasts some fun performances and an extremely strong performance by Leah Wiseman.