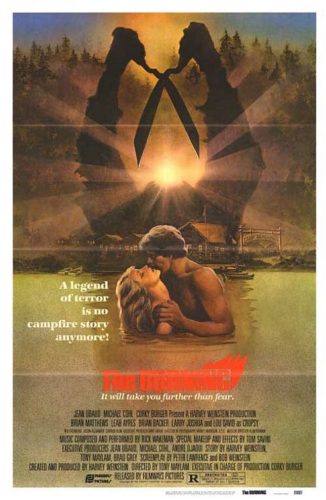 I can’t dare to begin a classic 80’s horror conversation without talking about The Burning. This 1981 work of near perfection really does fire on all
cylinders and keeps the audience enthralled throughout the duration of the 91 minute runtime. The kills are spectacular, the locations are to die for, the cast has the perfect 80 vibe.

The blood and gore within The Burning is top notch as Tom Savini works his magic and gives us some of the most memorable deaths ever to grace the silver
screen. The raft scene is produced with out a flaw and everything from the blood, to the shot selection, to the editing pace was well meshed to create
something very special. Location, location, location. We have all heard this phrase before and so did the locations scouts for The Burning. We are set in a summer camp near and lake and forest. Very classic 80’s. I have always loved the camp feel for a slasher/horror location and is one doesn’t disappoint.the water adds such a boost the the production value and gives great backdrops for the beautiful cinematography.

This is always a fun film to watch because we can look back and see the film debuts of the young Jason Alexander, Fisher Stevens, and Holly Hunter. They all give great performances and who can forget Larry Joshua as the classic jock, Glazer. Glazer adds a ton of fun to this movie and is always great for some comedic relief. I hope this film receives more of a following that it deserves. True horror fans know and appreciate this project but the general public has no clue this film even exists. Personally, I always make it a point to bring up The Burning during a movie conversation with a non horror fan in hopes to convert them to the world of Cropsy! 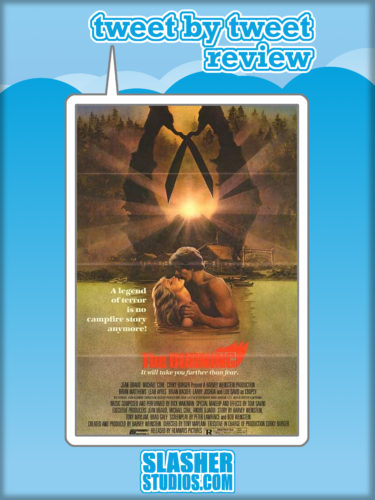 Tonight everyone’s favorite guest Twitter film critic Tim Schilling takes a stab at one of the most criminally underrated slashers of the 1980’s, the often ignored classic “The Burning.” Excellent special effects, a fun cast, and one hell of a villain. Does Tim like the slasher as much as we do at Slasher Studios? Let’s find out!

Thoughts before the film:
I loved this movie the first time I watched it, even more than Friday the 13th. It was actually really, really creepy.

Thoughts while watching:
0:07 His arm is completely disgusting.
0:09 I love this music.
0:11 You’re a hooker, everything’s okay with you.
0:25 Pretty sure Glazer is inbred.
0:38 All these people at this camp get over excited for basically anything.
0:46 I guess razors weren’t invented at this time.
0:54 “Come James, we seek wood!”
0:55 This guy really IS creepy.
0:57 What the heck are they using for paddles!?
0:59 Best part of the entire movie. Everyone knows of the raft scene
1:02 “That’s all?” Haha Glazer, you tool!
1:16 This abandoned building or whatever they are scene scare the poo outta me before.
1:25 Crosby looks like a pig. A scary, deformed pig
1:26 Whoa, I actually jumped when Cosby jumped on Alfred. That NEVER happens.

Overall:
Friday the 13th < #TheBurning. All day, err day. It's definitely one of my favorite slashers. #TheBurning has awesome music, actually pretty good acting, good story with no crazy inconsistencies and very creepy at parts. To follow Tim on twitter: https://twitter.com/schillingt
To follow Slasher Studios on twitter: https://twitter.com/slasherstudios 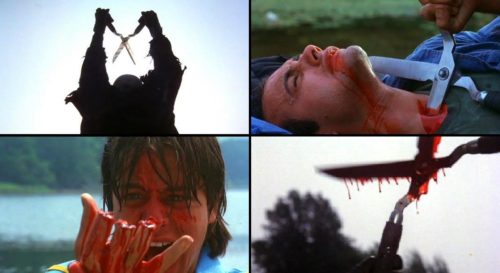 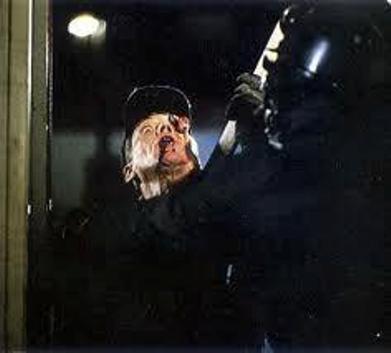 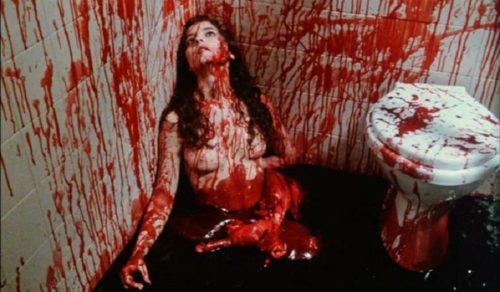 A fun “Friday the 13th” rip-off that has some great death scenes and a memorable villain (Crospey has been and will always be freaky as hell. The problem with “The Burning”? Too many damn characters. So many characters in fact that none of them really leave an impression so that you don’t care who lives and who dies. This is a fun movie, don’t get me wrong, but I always thought that it could be a better movie than what it is. So, why is it one of my favorite slashers of the 1980’s? Simple. The deaths. And I do mean the deaths. The deaths in this splatter film have to be seen to be believed. Everything that you would want to see with garden sheers to nubile teens are done to extraordinary effect. Credit Tom Savini who does some of his best make up work to date with this fun little slasher title. Looking for a gory good time? Make a date with “The Burning”.