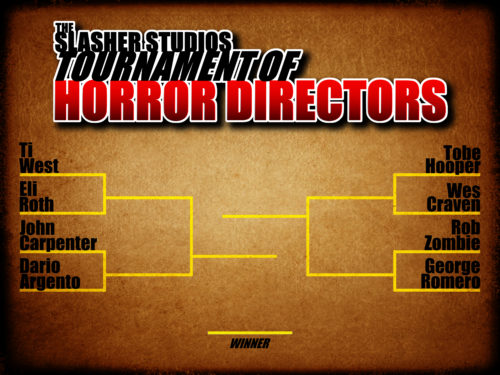 We are at it again horror fans. YOU chose your favorite horror villain (that honor went to Freddy Krueger), you picked your favorite final girl (that honor went to Heather Langenkamp, you guys LOVE your Nightmare on Elm Street!), and know YOU decide who should be crowed Best Horror Movie Director. We have 8 selections to chose from in 4 different matchups to start. You can vote once per day. Round 1 will end on February 28th when 4 horror directors will be cut from the list. Vote and encourage all of your horror friends to vote as well!