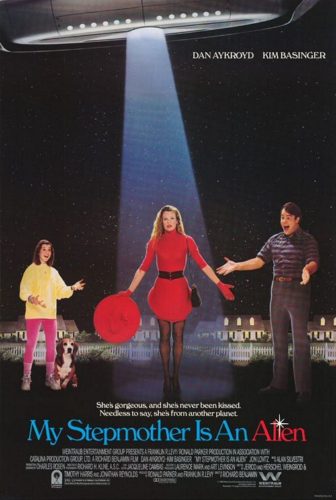 Anyone who knows me at all knows that I adore the 80’s. From the music to the movies to the fashion, everything about the 80’s screamed excess. In the 80’s, if you were over-the-top, you probably weren’t over-the-top enough. Does that make any sense whatsoever? If you grew up in the 80’s, you know exactly what I am talking about. Getting a new Elm Street or Friday movie EVERY YEAR was something that many in the 80’s took for granted. Today the teens get a new Paranormal movie every year and I would say that isn’t a fair trade off. Wouldn’t you heartily agree? What does all of this have to do with today’s review? Nothing and everything. Today’s movie review is for a movie that screams 80’s but is neither a slasher or even a horror movie. I know, I know…this is Slasher Studios! I promised you at the very beginning when I created this site that I would stick to slashers and I am breaking that rule right now with today’s entry: the wonderfully awesome and oh so 80’s “My Stepmother is an Alien.” 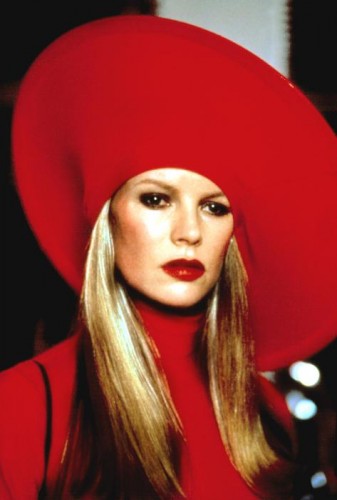 Let me first tell you a story behind my love for this film. When I was seven years old, I was forced to have my tonsils out. They said it would be good for me and I would no longer keep getting strep throat. I called their bluff but I was also seven years old so my opinion didn’t really count in any matter. I spent 5 days home sick from school after the operation. During this time my awesome mother rented me “My Stepmother is an Alien.” I cried out in protest! “This isn’t a horror movie! i don’t like alien movies! I want Jason or Freddy or both!” Damn, I was a bratty little kid. Reluctantly, I sat down to watch “My Stepmother is an Alien” and I instantly fell in love. It’s just one of “those” movies. Once again anyone who loves anything from the 80’s knows exactly what I am talking about. 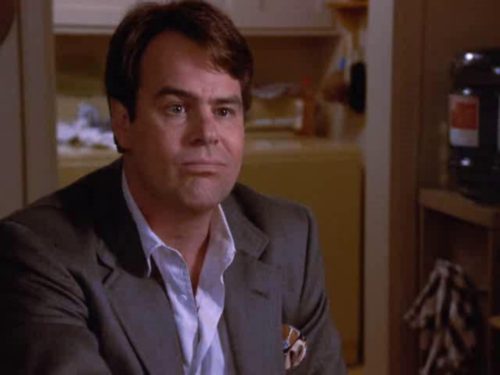 As the film begins, we meet the beautiful Celeste (a charmingly goofy Kim Basinger). Celeste isn’t just an average girl..she is an alien sent on a secret mission to Earth. You see, Steven Mills (Dan Aykroyd) is a widowed scientist who is working on experimental ways to send radio waves into deep space. An accident causes a loss of gravity on Celeste’s home world. She is sent to investigate who could affect gravity and how it was done under the belief it was an attack. She’s aided by an alien being resembling either a penis or a snake with a huge eyeball…it is your choice how you want to look at it. Either way, it is creepy as hell, very weird, and oh so 80’s. The snake/very large penis hides in a designer purse to aid Celeste with her encounters on Earth. The Bag is able to create diamonds and designer dresses almost instantaneously. 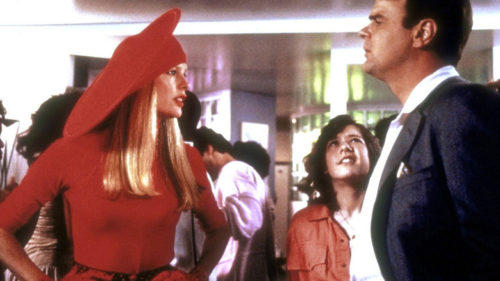 Celeste’s inexperience leads to her almost exposing herself as alien, like trying to kiss for the first time or cooking. Jessie Mills (a very young and sweetly innocent Alyson Hannigan), Steven’s daughter, notices Celeste’s strange habits, like eating cigarette butts and flashlight batteries or pulling hard boiled eggs out of boiling hot water with her bare hands. However, she can’t convince her smitten father that there is something unusual about Celeste. Celeste encounters a lot of new experiences such as sneezing, sexual intercourse and love. Eventually, Celeste falls in love with Steven and his daughter. She is forced to convince her home world that the attack was actually an accident and that Earth shouldn’t be destroyed.