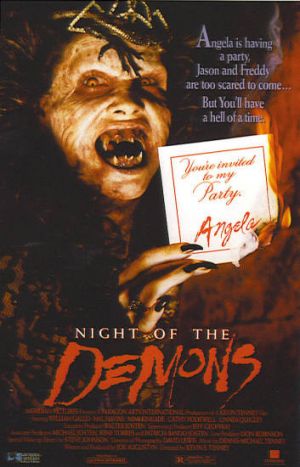 On Halloween night, Angela Franklin and her friend Suzanne are throwing a party at Hull House, a local mortuary abandoned years ago after the Hull family was murdered by an unknown member of the family within its walls. They have invited the usual assortment of party guests, including the class reject â€“ Stooge, the resident tough guy â€“ Sal, the preppy â€“ Jay, the token black guy â€“ Roger, the virginal heroine â€“ Judy, the quiet girl â€“ Helen, and another couple â€“ Max and Frannie.