As writer and director of such films as “Cabin Fever” and “Hostel,” Eli Roth is one of the premiere filmmakers in the industry and a true student of the horror genre. Via Daily News Los Angeles, Slasher Studios is proud to showcase Eli Roth’s five favorite horror films. 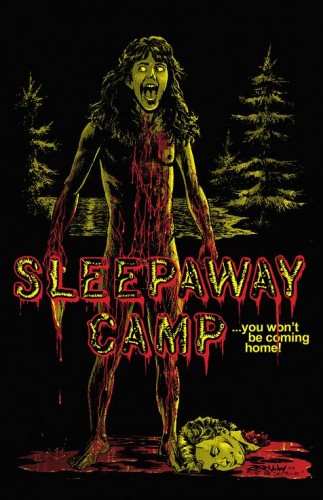 “Sleepaway Camp” (1983): Ah, “Sleepaway Camp.” I remember watching this film at a sleepover with Lenny Mead and a bunch of friends in the mid-’80s, and when the movie ended we literally stood up out of our chairs and screamed at the top of our lungs until we ran out of air. I will not say why – and don’t go looking up the spoilers on the Internet because that will take all the fun away. Treat yourself to a wonderful surprise. Director Robert Hiltzik’s film is anything but a by-the-numbers, early ’80s, low-budget slasher flick set at a summer camp. The kills are fun, but the ending simply cannot be topped. Don’t read anything about it, just go rent it, pop it in, and watch your friends freak out. This will be the film you guys talk about for weeks after. 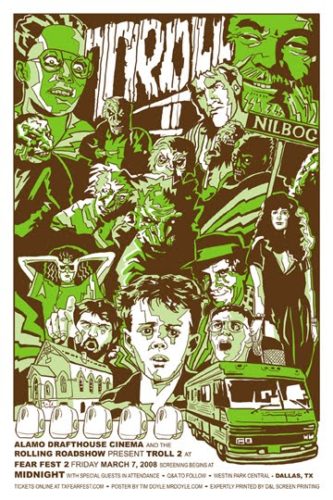 “Troll 2” (1990): In the past few years, this has become the most made-fun-of horror movie for many, many reasons, all of which are documented in the excellent film “Best Worst Movie.” The director, the inimitable Italian maestro Claudio Fragasso, had a script that had nothing to do with trolls, but he could get it financed if he changed the title to “Troll 2.” Fragasso let the financiers change the title but refused to change anything else, and as a result there are many goblins, but not a single troll in the entire film. It will take hours to get through this gem because you’ll keep pausing and replaying the lines over and over.

“Troll 2” is one of the rare sequels where you don’t have to waste time watching the first one, since the films have absolutely nothing to do with one another. It has such a strong cult following, it was recently rereleased on Blu-ray for you to enjoy in all its high-definition glory. 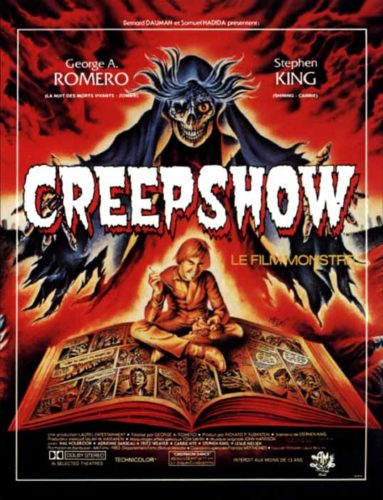 “Creepshow” (1982): George Romero was the king of horror then, having made the classics “Night of the Living Dead” and “Dawn of the Dead,” Stephen King was the scariest author on the planet (and still is, as far as I’m concerned), and Tom Savini had upset nearly every parent in America by creating the goriest makeup effects in the nastiest horror films of the golden era. The three of them teamed up to create an old EC Comics-style scarefest that is “Creepshow.”

The movie, told in five stories, is designed to look like a comic book, but it is creepy. And disgusting. And really, really fun. Plus it’s an anthology so you don’t really have to pay attention, and if you’re not that into the story, a new one will be on in 10 minutes. I watch it now and find myself saying things like, “Look, Ed Harris with hair!” An amazing cast, incredible script, brilliant makeup effects and nonstop fun. A very underrated horror movie that’s a guaranteed good time.

It was just called “Zombi 2” because, in Italy, “Dawn of the Dead” was released under the title “Zombi,” and the producers wanted to trick people into thinking this was the second one, even though the two films have nothing to do with each other. Other than zombies, that is.
“Zombie,” as it’s commonly known in the United States, has grown over time to be one of the most beloved zombie movies, with scenes of gore so spectacular and horrifying they still stand head and shoulders above any zombie movie made since. Lucio Fulci is one of my all-time favorite directors, and whenever I film a particularly gory scene, we all close our eyes and try to channel him for inspiration. “Zombi 2” has the greatest scene ever committed to celluloid, and is actually responsible for the modern movement of zombie films. Nothing comes close to it, which is why the die-hard horror nerds like me wear T-shirts that say “Viva Fulci!” A must-see for any zombie apocalypse fan. 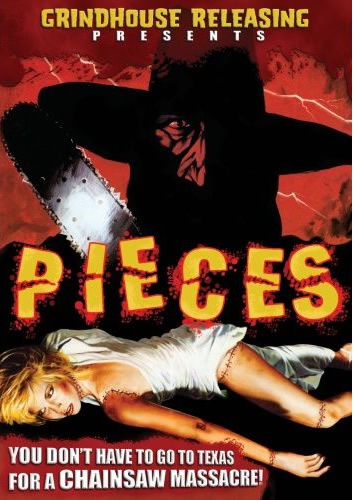 “Pieces” (1982): Watching this film with a crowd is the most fun experience I have ever had watching a movie. I showed it to a packed house at a film festival I held a few years ago, and people had so much fun that, afterward, they were actually depressed they’d never have that good a time at the movies again. This was the movie where on the poster you saw a chain saw, a stitched-up dead girl, and the tagline: “It’s exactly what you think it is.” Some movies don’t exactly live up to their poster. Juan Piquer Simon’s does. But “Pieces” is also one of the craziest, most random and insane slasher films ever made. You think you have it figured out and then the film blindsides you. There are many, many classic scenes, like the infamous tennis match, which has some of the best extras casting in the history of cinema.

“Pieces” truly is my favorite slasher film of all time, and it’s the one movie that never fails to have the audience totally entertained from start to finish. It’s also got an ending to rival “Sleepaway Camp.” I am almost sorry you are going to watch “Pieces” because pretty much any moviegoing experience after will be a letdown.