After Wes Craven made the groundbreaking “Last House on the Left” and “Hills Have Eyes”, he fell into a bit of a rut before finally finding his footing again with the 1984 classic “A Nightmare on Elm Street”. “Summer of Fear”, the film I will be looking at today, is Wes Craven’s third directorial effort. It’s an ambitious effort to say the least but how well does a made for TV horror movie stand up 30 years last? 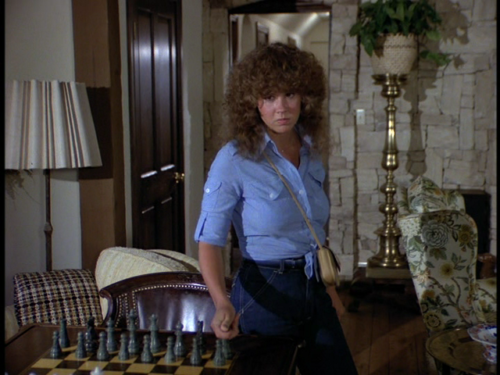 The story is about a girl, Rachel Bryant (Linda Blair), who lives with her wealthy family in a nice house in the hills of Northern California. After her mother’s sister, brother-in-law, and housekeeper die in a horrible car crash, the couple’s daughter, Julia (Lee Purcell) comes to live with them. Julia seems a little shy if anything, but as time goes on, she begins to put an alluring spell over everyone she meets, pulling all of Rachel’s family and friends away from her. After finding some odd things that belong to Julia (including a human tooth and burnt hair from Rachel’s dog Trickle (for the movie the dog was changed to a horse due to Blair’s love of horses and the name of the horse was Sundance instead of Trickle), Rachel begins to suspect that her cousin may be a practitioner of witchcraft, and she’s hell-bent on turning Rachel’s life upside down. Her open disbelieved suspicions caused her to become an outcast in front of her family. 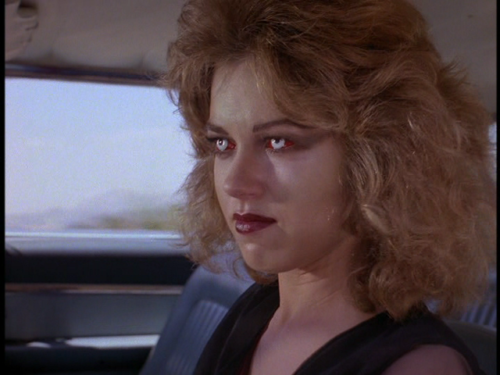 Ahh…”Summer of Fear,” what a strange movie. Wes directed this voodoo/jealously movie for ABC in the summer of 1978. Well, like I said it’s a very, very weird movie. The plot has something to do with this evil girl from the south that is sent to live with Linda Blair and her family after her parents die in a car accident. Of course, she’s the “cousin” that no one in the family has seen in years and that no one really seems to remember. I know, I know…predictable…but try to follow me. After she is sent to live with Linda, all hell breaks loose as this evil girl tries to take over Linda’s body or something (this is never really made clear). The special effects are corny, the editing choppy, and the acting is mediocre at best (wait till you see Fran “The Nanny” Dresher as Linda Blair’s nasally best friend) and yet I still kinda enjoyed this picture. It’s solid, fun, campy horror that never takes itself seriously. Go into it expecting a run-of-the-mill teenage made-for-tv movie and I think you may be pleasantly surprised.