This week on Slasher Studios Webcast Kevin Sommerfield and special guest co-host Joshua Schuh went over their favorite horror movies of the last decade. Movies that set the tone for modern day horror and gave the horror audience something special and unforgettable. Make sure to listen to click on the link below to find out what made the cut.

1.Trick ‘r Treat – 2007
Director: Michael Dougherty
Michael Dougherty gives us four different stories that all woven together in this horror masterpiece. Taking place on Halloween, we are introduced to a number of characters with various ages and backgrounds. As this anthology progresses, we learn that what happens in the past can still come back to haunt you. The greatest treat that horror fans were given was the character of Sam. This pint sized killer is here to protect Halloween and and stop anyone from breaking the rules of his night. Sam is by far the most memorable and creative horror characters to be created in years. 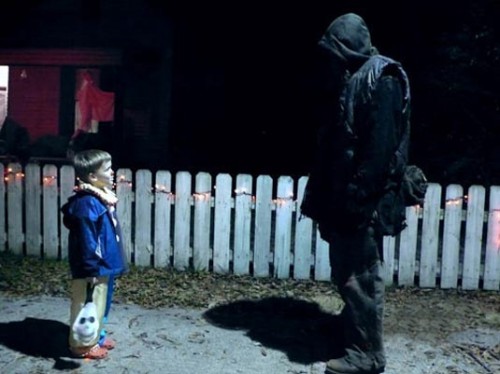 2.Halloween – 2007 / Halloween II – 2009
Director: Rob Zombie
I decided to group these two films together because you can’t really speak about one without mentioning the other. With both of these Rob Zombie films, we are given not only a compelling new look at the iconic Michael Myers, but we are also given films with beautiful cinematography and score, top-notch acting and high production value. Not only is the audience given a little more story into the life of the young Michael Myers, but Danielle Harris also makes a much needed return to franchise. Many people have strong negative feelings about these films, but one thing is certain, a directors job is to evoke emotion from its audience and that is exaclty what Rob Zombie has done. 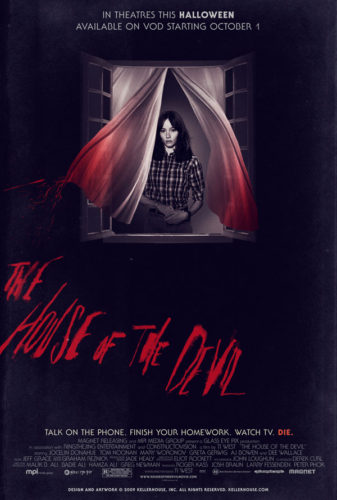 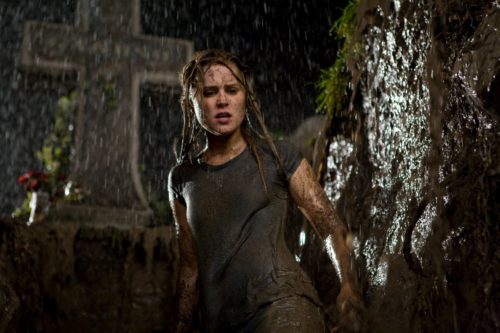 4.Drag Me To Hell – 2009
Director: Sam Raimi
We follow the story of Christine Brown, a young loan officer who denies and elderly woman an extention on her home loan. The old lady is none to happy about this decision and thus places a curse on Christine. The old woman is just the right amount of creepy and adds a few laughs to the mix as well. Raimi gave his viewers a horror flick with just the right amount of comedy and was able to show off some fancy camera work and still produce a fun story to follow.

5.Paranormal Activity – 2007
Director: Oren Peli
In this “found footage” film, strange happenings begin to take over the residence of a young California couple. As the record what happens as they sleep the audio and video footage becomes more and more disturbing. Will they be able to figure out a way to ward off this demon who haunts their home or will they become easy pray? With the over-abundance of “found footage” films do to the ease of production, this was a pleasant surprise. Only two films have ever made the hair on the back of my neck stand up, and this is one of them. 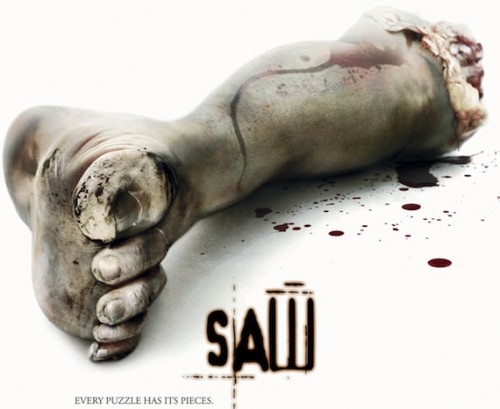 6.Saw – 2004
Director: James Wan
So, first off, I have to say that I’m not the biggest fan of the Saw series and in fact, I really can’t stand most of the installments. But, there is no denying the impact that the first Saw has had in the industry. With R-rated horror slowly and sadly dying, Saw at least tried to help make a resurgence of the genre. The filmmakers had a very distinct vision of what they wanted to create and they did just that. They were able to create not only a new horror villain that is know the world over, but they were able to create a film that found it’s own niche and spawned off multiple sequels. For that, I must give credit where credit is due.