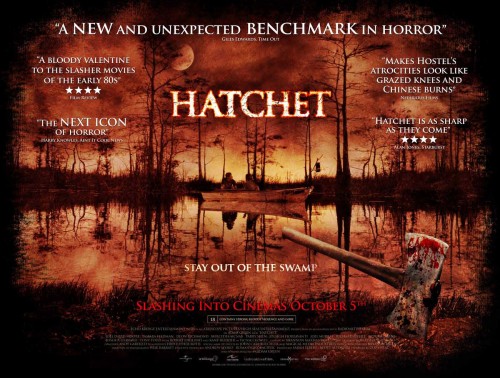 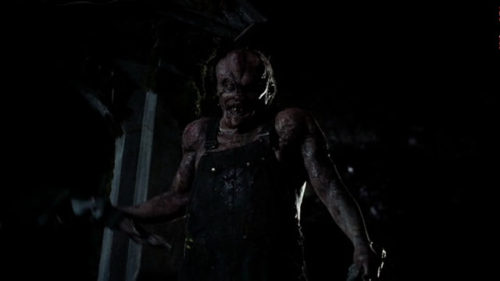 For once, the tagline does say it all: “Old School American Horror”. That is exactly what Hatchet strives to be and fully succeeds. Take The Burning, Pumpkinhead and a bunch of films from the Friday the 13th franchise (many scenes are extremely close to many different F13 films), put ’em in a mixer and pour yourself a big ass glass of Hatchet. Now, while it in no way adds anything new to the camp-slasher genre, it certainly breathes some life back into it, and it definitely in its short life already warrants fair debate over whether or not it’s one of the best of the lot; I think it is.