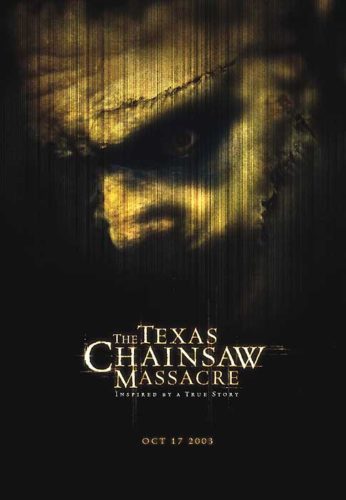 Today we bring you a brand new slasher review from our one and only twitter reviewer Tim Schilling. In the first review we bring you today, Tim will be looking at “The Texas Chainsaw Massacre” remake. The film received mixed reviews but was a huge commercial success making over $80 million on a $10 million budget. Let’s see nine years later how well this remake holds up to the original classic.

Thoughts before the film:
The original #TexasChainsawMassacre is one of my favorite horror movies. I love the whole series too(3 is the only one I haven’t seen yet).

Thoughts while watching:
0:02 I liked the way they introduced the movie. Very different.
0:07 I want this guy’s van. They’re too freaking cool.
0:16 This old lady ain’t calling the cops.
0:22 That possum had to of been mutant or something.
0:26 This house was definitely a slave house in the past, no question.
0:31 I want pet pigs in my house! Wait I lied.
0:32 No other movie in this series could ever top seeing Leatherface for the first time like they did in the original
0:41 Oh no… Teeth. If I have nightmares about my teeth remember, I will sue.
0:45 Leatherface doesn’t give a crap about the house in every movie. It just gets destroyed all the time.
0:46 The car doesn’t start. Typical.
0:54 There weren’t any bullets in the gun, typical!
1:00 Holy crap, Leatherface is really creepy in this one when he changed faces.
1:01 At least he’s not a screeching transvestite anymore.
1:20 Going to a meat factory in a horror movie is just asking to die.
1:25 Leatherface gets messed up in this movie.
1:28 What’s with people not being able to explain what happened to them? A guy chased me with a chainsaw. Easy.

Final Verdict:
The Texas Chainsaw Massacre (remake) wasn’t that bad I don’t think. By the end it got repetitive, but I thought it was a different but good take on the simple story of the original.