Hope everyone is having a horror filled October, we here at Slasher Studios sure are as we bring you yet another Inspiring Scares tale from another independent horror filmmaker. James Cullen Breeack, director of the controversial HATE CRIME, discusses the film that shaped him into his gory goodness. 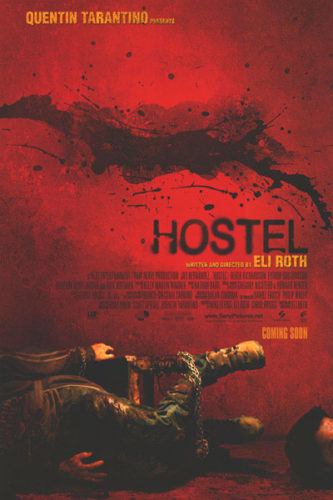 “While I know Eli Roth is a newer name to the genre, I believe he totally re-defined horror with HOSTEL. No longer was an audience scared by pop-out thrills yet instead they were forced to see horrible things and just sit there and watch them. We knew what was going to happen and we just kept watching. It instilled a sense of dread into the audience rather then a cheap thrill. We dreaded the inevitable. Hostel was gruesome and beautiful and yet still had a fun campy flare. A realistic throwback to the ULTRAGORE 80’s without being cheesy. It even had a cameo from god-head Miikie himself! (“you will spend all your money in there.”) I think Hostel really proved that we can be made sick all over again. The gore was the release, everything up to it was the buildup because you knew it was going to happen. Brilliant film. I wear my elite hunting tattoo proudly (which I actually have tattooed on my chest). RECOMMENDED TO ANY HORROR FAN OF THE EXTREME.”