To start off the weekend, we are taking a look at independent horror filmmaker Brad Sykes (writer and director of the CAMP BLOOD trilogy as well as many other horror films) as he looks at the film that changed the way he looked at horror and how he continues to make horror today. 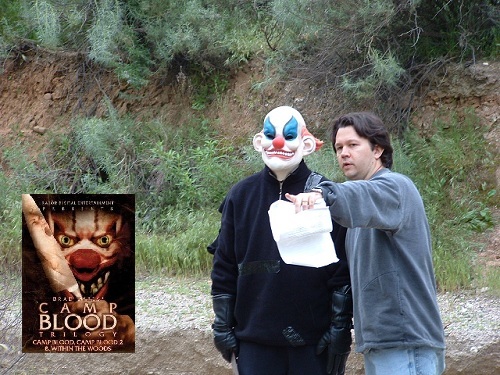 “In 1989, at the tender age of fourteen, I experienced two life-changing events: I got my first video camera (a Chinon Hi-8 to be exact) and saw Peter Jacksonâ€™s splatterific horror-action-comedy BAD TASTE. Up till this point, I had digested all the 70â€™s American classics, most of them multiple times: DAWN OF THE DEAD, HALLOWEEN, TEXAS CHAINSAW, etc. but none of those could have prepared me for this over-the-top gore epic from New Zealand of all places. I first read about the film in the pages of the late, great Gorezone (who of course showed plenty of bloody photos) and it wasnâ€™t long before I found the VHS on the new release wall at my local mom and pop â€“ featuring the famous alien flipping the bird on the cover. 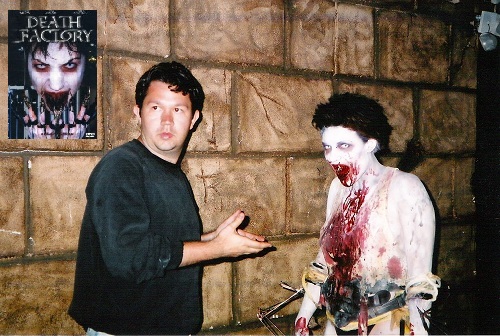 After that first viewing, there was no turning back â€“ this was not only my favorite movie EVER, it was the movie that really made me start thinking seriously about going out and shooting my own stuff. Like THE EVIL DEAD, BAD TASTE was technically accomplished, but still had that homemade charm that encouraged you to go out and try to make your own horror movie. It was truly inspirational film for me, with its improvised camerawork, handcrafted effects, and utterly original plotting, and the general devil-may-care attitude of the whole project. For me, BAD TASTE was the movie that screamed: â€œYes, if you get a group of like-minded (i.e. crazy) friends together and work really, really hard, you too might be able to make something as demented and entertaining as this!â€ 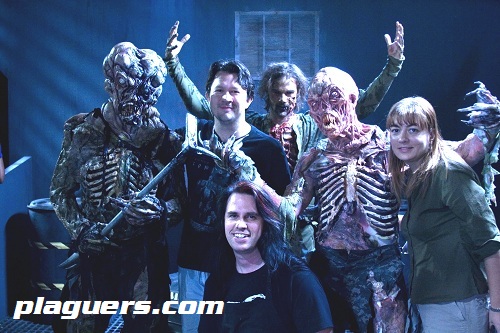 So I did, or at least I tried. One of the first projects I attempted â€“ mostly in my backyard â€“ was a shot for shot remake of BAD TASTE. Though that remained incomplete, I also announced a sequel: BAD TASTE II : THE AFTERTASTE (Iâ€™m still hoping Peter Jackson will go back to his roots and make this one).

I kept shooting, though, eventually turning my backyard hobby into a Hollywood career. Ironically, in 1999, less than 10 years after that first viewing of BAD TASTE, I found out that my microbudget slasher movie CAMP BLOOD was going to be distributed by Dead-Alive Productions (wonder where they got that name?), who had just a few years earlier released Peter Jacksonâ€™s second feature, MEET THE FEEBLES, in the US. Talk about being in good company! At that moment, I felt everything had come full circle, and nowadays, having fans tell me that some of my humble horror epics have inspired them to pick up a camera makes me feel that in some way I am continuing the BAD TASTE indie tradition myself â€“ even if I have yet to top that classic alien puke-drinking scene.”

To check out some of Brad’s films:
http://www.nightfall-pictures.com/