“Slasher fans, are you ready for a brand new Inspiring Scares from Slasher Studios? Today we are featuring award winning writer-director Lucas Masson (BABY-SITTING) and the influences that have played a role in his life to shape him into one of France’s hottest up-and-coming horror filmmakers. 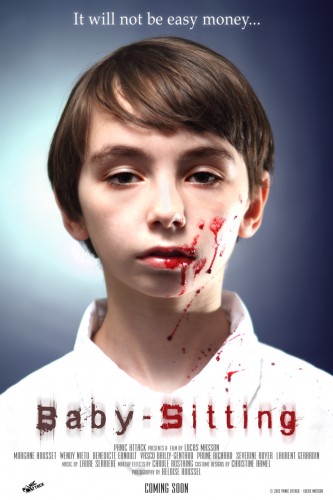 The two things that really drew me into the world of horror were JAWS and horror movie trailers.

I was around 4 when I first watched JAWS. That was one of the scariest things I’ve ever seen (I only watched disney movies at that age…). But it also was the most exciting experience ever. There was something so thrilling about this huge monster that could appear at any time and cause absolute chaos among human characters. I was pretty lucid and knew that it was a movie and that the shark and death scenes were fake. I then realized that nothing else in life could give you such extreme sensations and make you live so many adventures, all the while being in absolute safety, than a movie; and more specifically: a horror movie.

I also found amazing the fact that an enormous robotic shark was created for a shooting (and I had no Idea all the trouble it caused to Spielberg at that time). That’s the aspect of the movie that really got me determined to make my own ones, because I wanted to understand and reproduce all the tricks they used for the action and death scenes (how to film them, how special effects worked, etc.). 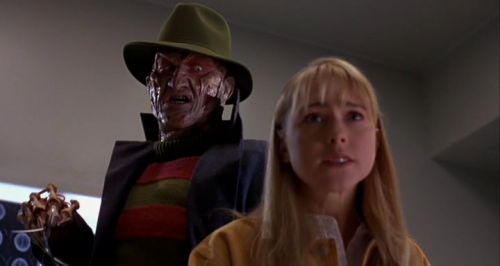 A few years later, when I was 9, my parents (whom let me watch JAWS at 4) forbid me to watch SCREAM and A NIGHTMARE ON ELM STREET. This wasn’t a smart move, as it only made me want to see the movies even more, and at a point it almost drove me crazy. We had a Channel on which we could pay to watch movies one or two months before they were released. And it had SCREAM and WES CRAVEN’S NEW NIGHTMARE. Movie trailers were hence played all day long to promote the films. As they were the only things I was allowed to see, I was constantly watching them. They were made-for-tv trailers and probably weren’t really good, but the frustration of seeing some images but still not enough was exquisite. The preview from NEW NIGHTMARE was particularly creepy. You saw Freddy materializing inside a bed from which he ripped the sheets with his clawsâ€¦ it could seem normal when you already know the series, but as a kid, it gets you really curious and excited to know what the hell is going on in the film. I think seeing so little of both movies helped me be more inventive. I was trying to mentally recreate the scenes from every shot I saw in those trailers until my brain hurt.

I was then sure I wanted to do genre films. And it got me really passionate about movie trailers too. I actually edit trailers in addition to making movies now and I’m really happy about it.”

Lucas’ film BABY-SITTING is currently making the festival rounds and the trailer for the short horror flick can be viewed below.