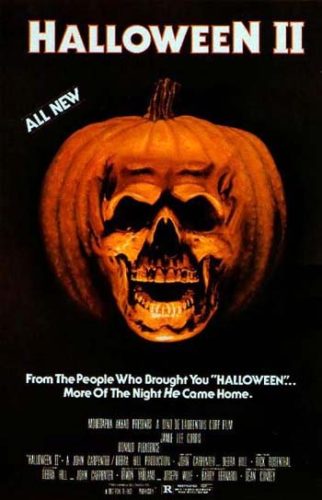 Growing up, I loved this film. Watching it as an adult, I find it thoroughly mediocre. Taking place immediately after the original, “Halloween II” pretty much ditches the character of Laurie Strode in favor of some bland slasher bait (nurses, orderlies, etc). Everything about this movie feels by-the-numbers and Jamie Lee Curtis sleepwalks through her role for a paycheck. Say what you will about Zombie’s “Halloween II”, at least he gave Laurie something to do. Some interesting deaths and I love the mean spirited tone of the sequel (the razor blade in the apple is a nice touch) but it doesn’t flow well. It wants to be exactly like the original as well as be a conventional slasher sequel. It doesn’t work.