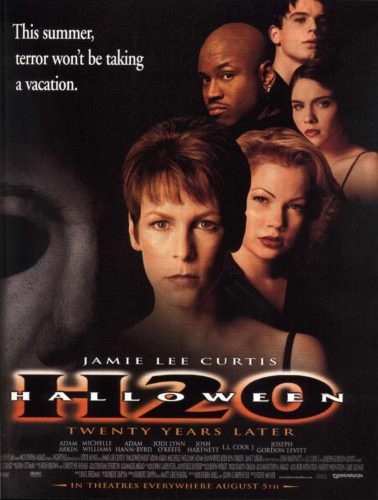 â€œHalloween: H20â€³ plays more like a slick, Hollywoodized remake of the original â€œHalloweenâ€ than an actual sequel. For the most part this is a good thing though I do prefer Zombie’s films to this one. Laurie has become a neurotic mess after her two encounters with Michael. She is a little older but not necessarily a little wiser. She has turned into a functioning alcoholic whose only saving grace is her son John. This all works thanks to a great performance by Curtis who honestly has never been better. She knows this character better than anyone and plays her believably close to home. She isnâ€™t a hero..sheâ€™s merely a survivor. When it does come down to the final showdown with Michael, she is willing to do whatever it takes to get this nightmare out of her life. Too bad the sequel fucked that all upâ€¦