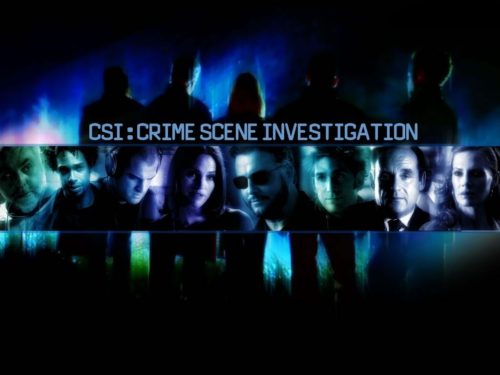 The Monster: With a few notable exceptions, the monsters of CSI are relatable people with a flaw or secret. Very few of these monsters stay on the show from one episode to the next, although later seasons of CSI seem to utilize recurring, charismatic killers more frequently.

The Shared Fate: CSI reduces human beings to objects in a similar way to the Saw and Friday the 13th franchises. Episodes are frequently filled with bodies sliced apart (both by murderers and by forensics experts), gallows humor in the presence of the deceased, and explosions of festering bodily fluids.

Unlike traditional horror franchises, CSI benefits from our understanding that we will all end up in a room where we will be prodded, drained, and ignored by joking technicians. Many of the showâ€™s plotlines are far-fetched and heavily fictionalized, but the end result of body on slab is unavoidably true. Ironically, some use this morbid truth as their reason to avoid considering CSI a horror show.

The Horror: CSI may be the most gleefully sadistic show on television, and itâ€™s inspired dozens of imitators (including two spin-offs) and has stayed on the air for well over a decade.

Few shows have delighted in showing all of the ways the human body can become an unrecognizable, lifeless thing. The camera squirms inside the human body like a burrowing worm to get close-ups of squishy organs and stabbing blades. Dead bodies are found in whole and shredded states, as well as in solid and liquid states. The show isnâ€™t afraid to murder its own main characters, either. In fact, the very first episode of the show focuses on a character that dies before the end credits roll.

CSI often offers a message praising the value of rational thought (especially when William Petersonâ€™s Gil Grissom was the star of the show). This is true, but the even deeper message of the show is one of decay. All things decay on CSI, as they do for people in real life.
Watch the show long enough and you can feel yourself rotting and seeping right into your couch cushions. Which will be where they find you.

(Read more about the horrors of your imperfect body with Julia Kristevaâ€™s Powers of Horror, which greatly inspired this reading of CSI.)