Prom Night III: The Last Kiss is horror comedy about a high school boy named Alex, and his bizarre love triangle with a beautiful blonde and a devilish brunette. The brunette is none other than Mary Lou Maloney. Mary Lou and the man she would kill for are featured on the official poster for this film. What I really like about this poster is that it is very off-the-wall and similar in nature to the movie. They are both on a motorcycle and flames are shooting up and Alex is all decked out in his bad boy biker gear. All this while Mary Lou is straddling the back with her skirt hiked up and topped of with a devilidh smile. 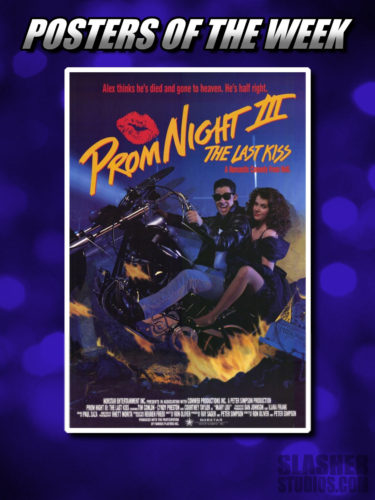 The second graphic here is the DVD cover art for the UK release. We have here a much different look and vibe compared to the original poster. Mary Lou is now sitting in a pit of flames while wearing the US flag. Very odd and does not really fit well with the feel of the film. This cover does not do the film justice and will easily throw off any potential viewer. This comes off very serious and i find it almost comedic that they chose to keep the, “Romantic comedy from hell” tag line. 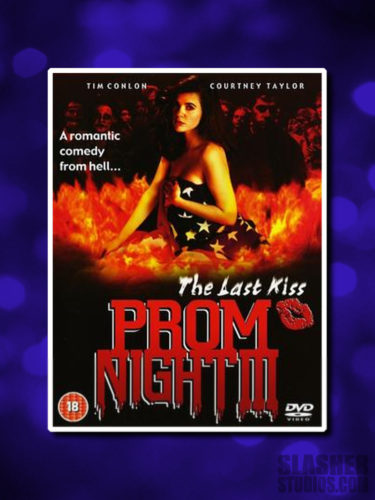