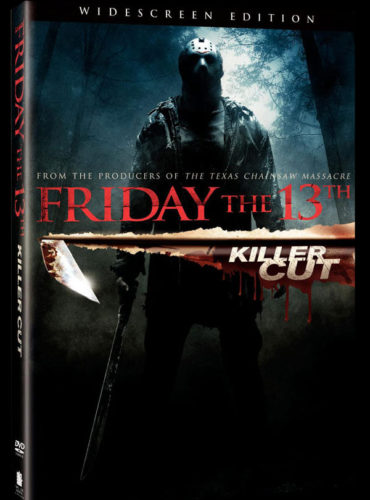 Tim Schilling is back to slice into the Friday the 13th remake. Does it hold up to the original or is it simply dead in the water?

Thoughts before watching:
Finishing the whoooole thing off with the remake of the original that started it all! By the way, I’m watching the “killer cut” edition, so I’m not sure if that makes any difference.

Thoughts while watching:
0:09 Something happen already.
0:10 Those aren’t real.
0:13 I love that song, but they played it for 20 seconds for no reason at all!
0:14 What a convenient time for a cop to drive by.
0:17 Hahahah gross.
0:24 I completely forgot that they didn’t show the title till just now. 24 minutes in.
0:27 First Asian character for this series? I mean it’s only 2009.
0:34 I wish something would happen already.
0:43 What a lame way he got his mask.
0:47 The scene on the lake is actually kind of cool only because she gets hit in the head with a boat.
0:55 Keeping that one girl alive contradicts everything the old Jason did.
1:02 What a snoozefest.
1:17 End.
1:24 I cannot wait for this guy to die.
1:27 Some parts remind me so much of the Texas Chainsaw Massacre remake. But not in the good way.
1:33 Oh no, a barn. Please don’t fuck up one of my favorite scenes in the series
1:40 The ending was typical but that was one of the few things I liked about this.

Overall: Production wise, #FridayThe13th (2009) actually wasn’t that bad. Story wise, it was painfully boring. I wanted it to end 45 minutes in and the actors looked like they had absolutely no chemistry together on screen, something even the older movies in the series had.