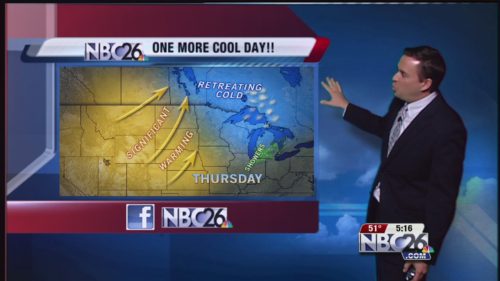 The Monster: Snow. Like any batch of gremlins or zombies, snow is only terrifying when it comes as a horde.

Once enough snow dumps on a given locale, life slows to a crawl. If the flakes keep piling up, society stops in its tracks and people are in danger on the roads and outside of their homes.

The Horror: Weather reports in Minnesota barely had enough to finish talking about on snowstorm before they had to move onto the next. The world got coated in white powder three times in less than two weeks, turning daily life into a struggle to get by without crashing a car or breaking a bone.

Even the proudest Minnesotans allowed themselves to complain about the snow when the nightly news was on in the past few weeks. If that weather section was a horror film, youâ€™d have to be pretty impressed with its results.

The Shared Fate: Wherever you live, the weather has a way of ruining your life. Blizzards kept us in misery in Minnesota, but danger comes from the skies in other forms, too. Whether youâ€™re afraid or surviving or healing after the latest weather nightmare, you can always relate to other human beings and their natural disasters.

Rain, snow, sleet, hail, blizzards, typhoons, tornados, tsunamis, earthquakes . . . The list is the long and deadly. Each time you check out your local weather report, you always run the risk that one of these monsters is going to make a guest appearance.