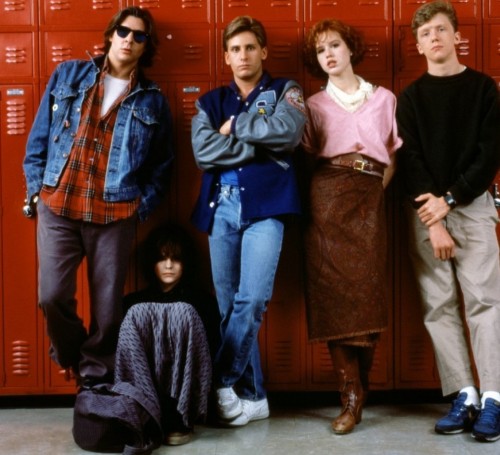 The Monsters: This fiendish psychological thriller sports four monsters, all of whom use deception to manipulate and mild-mannered high school student Brian Johnson (Anthony Michael Hall).

The Horror: Forced to attend a Saturday in-school suspension, Brian is easily outmaneuvered by his more socially savvy peers. These four students lead him on, dope him up, and then trick him into completing their punishment paper-writhing assignment.

As these four students leave, paired up into new-found relationships, Johnson leaves with nothing except the delusion he has been accepted by a larger group of friends. When time moves forward and Johnson realizes he has been duped . . . can he survive this blow to his sense of self? After all, his reason for being on suspension involved bringing a weapon to school.

The Shared Fate: People leave high school and move into adulthood convinced they moved past their problems. However, how often do scars from our adolescent and teen years resurface? Who hasnâ€™t made a decision, at work or at home, as a way of fixing high school failures?

Hopefully we are aware of the importance of our actions, and not brainwashed victims like Brian Johnson.