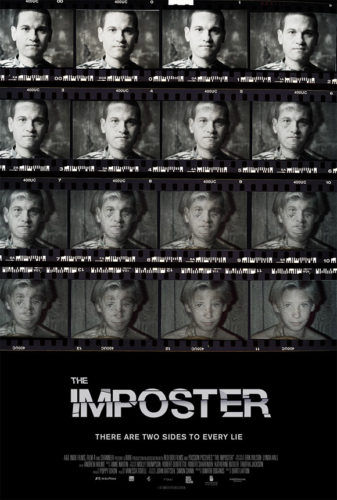 The Monsters: It would be hard to be more likeable than FrÃ©dÃ©ric Bourdin, even though he does unlikeable things.

In this documentary, the French man passed himself off as a missing Texan teen in an effort to experience the emotional attachments of a family life. Bourdin looks very different than the boy he impersonated, but he did not let this stop him from making it across the ocean and into an entirely new world as someone elseâ€™s son.

The Horror: This family somehow believed Bourdin was their son against all the odds (for example, Bourdinâ€™s eyes were a different color than their sonâ€™s eyes). They brought him home from another country and gave him space to adapt to his surroundings.

And at night, when they went to sleep, did they have doubts?

The Shared Fate: Few of us are cursed with losing a loved to mysterious circumstances, and far fewer than that have an imposter return to their houses pretending to be that loved one.

But there are other imposters, arenâ€™t there? How many beloved family members are faking their way through the role theyâ€™ve ended up playing? You donâ€™t have to be from another country to be a phony family member. You just have to have secrets and agendas hiding inside your head.