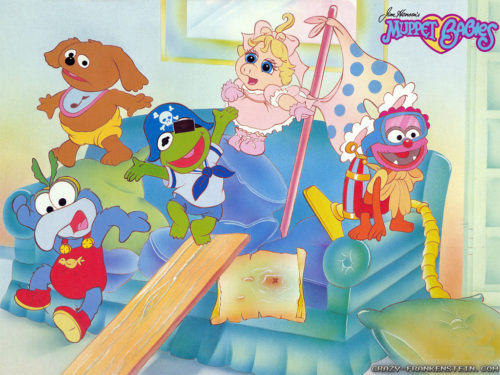 The Monster: The Nanny. She towers over the babies she watches from such a height her face is never seen. Only her striped tights make her identifiable. She may have a knack for saving the day when the childrenâ€™s imaginary play becomes too scary, but she always leaves them plenty of room to get scared again.

The Horror: A childâ€™s imagination is an amazing thing, but it swings exactly as far into the disturbing as it does into the joyful. For every unicorn there is also an ogre.

The Nanny, as a trained professional, ought to be aware of exactly how many terrifying places those children can go in their imaginations. Yet she seals them in room where their nightmares can grow and grow.

She must sit back in a chair when she hears those Muppet Babies screaming, smiling quietly to herself.

The Shared Fate: The amnesia of adulthood protects us from our turbulent childhood imaginations. However, children are all around us. We laugh and coo at their fear because weâ€™re no longer held captive by our imaginations.

And for them? The fear is very real, and weâ€™re nothing more than a pair of absent striped tights to a child whose imagination has very real fangs.