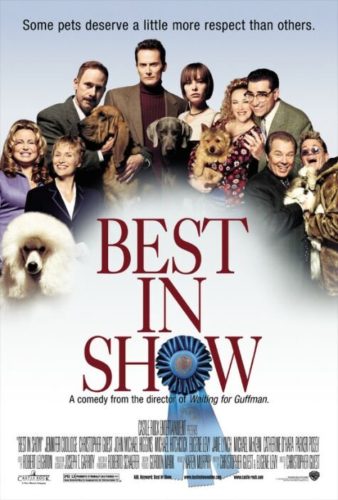 The Monsters: Meg and Hamilton Swan (Parker Posey and Michael Hitchcock). The perfectionist yuppies cannot accept their dog Beatrice for what she is. The movie begins with them fussing over her to a dog therapist. When Beatrice is in the Westminster Dog Show, they nearly murder each other to provide Beatrice with her Busy Bee, her favorite toy. When Beatrice is disqualified for bad behavior, the Swans abandon her to start over with a different dog.

The Horror: Beatrice, though adorable, cannot be more than a dog. She cannot save the marriage of her owners, and she cannot contain her canine playfulness during her judging. She cannot stand up to her owners and, when they realize her limitations, they abandon her.

The Shared Fate: American culture emphasizing individuality, but how easy is it to identify with poor Beatrice? We may pretend to be in charge of our lives, but we often find our very existence determined by underqualified perfectionists who project their own anxieties onto us. We are asked to do thing we are incapable of by coworkers, loved ones, and even strangers. And, like the Swans, these people somehow convince themselves they are stressing us out for our own benefit.