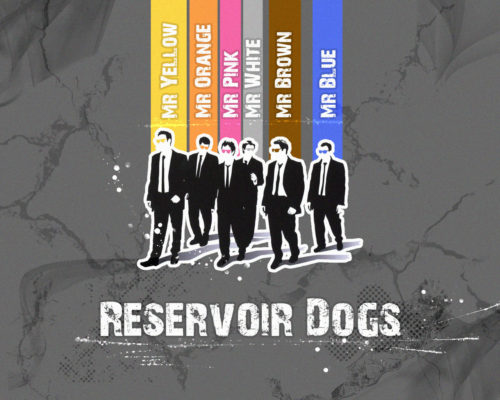 The Monster: Mr. Blonde, aka Vic Vega. Heist organizers Joe Cabot (Lawrence Tierney) and â€œNice Guyâ€ Eddie Cabot (Chris Penn) trust Vic Vega (Michael Madsen) without question. He recently endured a prison sentence rather than rat them out. Vega flashes a loveable smirk and wrestles with â€œNice Guyâ€ Eddie, but something inside him makes him more malicious than the average bank robber. He behaves violently and erratically during the robbery, and then things get worse.

The Horror: Left alone with a capture cop, time to kill, and seemingly no one around, Mr. Blonde decides its torture time. He produces a straight razor and dances about in front of the cop, then he settles in to saw off the manâ€™s ear. He douses the man with gasoline, but he is shot by a dying Mr. Orange (Tim Roth) before he can start the man on fire.

The Shared Fate: We, the viewers, understand Mr. Blonde is a monster because we see his crimes. When â€œNice Guyâ€ Eddie finds Mr. Blondeâ€™s body (and a secret Mr. Orange has been hiding), he cannot believe his friend is cruel and sadistic. There will be no parade for Mr. Orange, unless funerals count.

Monsters have friends, and they hide their monstrosity from them. Unlike vampires, a crucifix and clove of garlic canâ€™t convince people they have befriended a beast in human form. Mr. Orange does the right thing and dies misunderstood. Such things can happen to anyone.