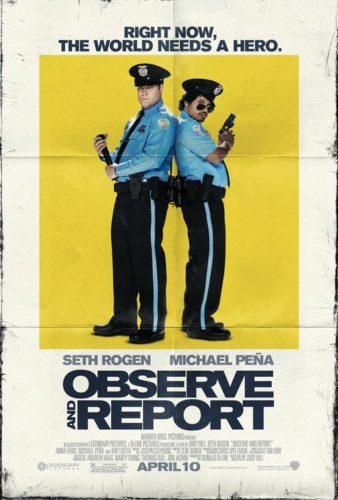 The Monster: Ronnie (Seth Rogen) threatens everyone he comes into contact with simply by trying to be the best man he can be. Ronnie handles security for a mall plagued by both a series of thefts and a man who exposes himself to mall employees.

Ronnie does the best with what life has given him. He suffers from mental illness and has to support his dysfunctional mother instead of benefiting from her care. Co-workers and police officers prefer to insult Ronnie, until his rage grows. Even his greatest visions of heroism are filled with death and despair.

The Horror: Without proper support, Ronnieâ€™s only options for dealing with adversity are violence and even more violence. He flattens a group of teenagers who deface his mall, then finds himself in a battle against an entire group of police officers with no way out but getting severely beaten.

The Shared Fate: Everyone gets angry, but with the right environment people identify better solutions for their problems. Ronnie is a monster because his environment failed him, and his life could have been exponentially better. Observe and Report is a comedy only because it is easier to laugh at Ronnieâ€™s pain than it is to cry because the world is filled with Ronnies.