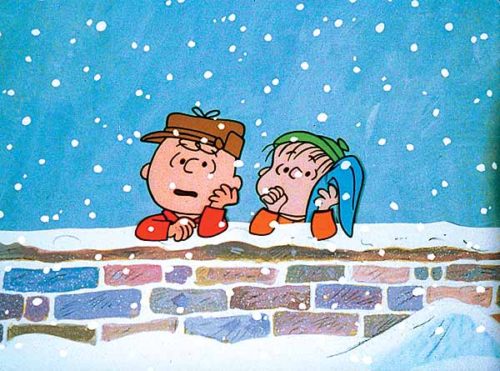 The Monster: Meaninglessness. The characters of the animated special drift from one holiday activity to another without connecting to anything truly meaningful. Charlie Brownâ€™s frustration grows. He challenges his classmates to feel more deeply by presenting them with a scrawny tree, but they cannot see the holiday spirit within.

The Horror: Heroic Linus Van Pelt seems to be only one of Charlie Brownâ€™s friends to recognize their holiday pageantry has lost connection to the cultural traditions of the season. Without his recitation of Bible verse, the entire holiday â€“ and, by extension, the entire holiday special â€“ would have been nothing more than distracting amusement.

The Shared Fate: Charles Schulz worried about meaninglessness, too. Without his voice, who will speak up?

Christmas is not the only victim of meaninglessness. Who will speak for the dead when Halloweenâ€™s mouth is stuffed full of candy and distracted by naked flesh? Who will remember American history when the Fourth of July is drunk and distracted by â€˜splosions?

No tradition is perfect, but history grounds reality with something more substantive than flashing lights and a regular routine. Charlie and Linus rallied to keep their lives real, but seem too silent now.