Throughout the years of horror, we have grown familiar with names such as Sally, Laurie, Alice, Ginny, and Nancy. These final girls from early slasher history left such a huge impression in the horror community that they are familiar by just first name basis. For a while it almost seemed that weâ€™d never get another Final or Lead Girl to live up to these standards or become that legendary. That is until 1996 when a certain Wes Craven film opened in cinemas and soon became the most successful slasher film in horror to this day. Yes, ladies and gentlemen, I am referring to none other than Sidney Prescott, brilliantly played by Neve Campbell. 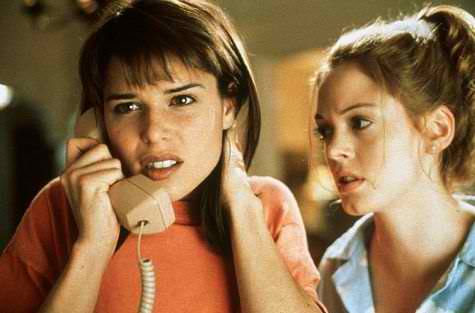 When we first meet Sidney in the original film, she is scarred after the brutal death of her mother one year prior. It is only when she and friends become the targets of a maniacal serial killer that she must stand up to the plate. When Sidney is first attacked by the killer, she immediately fights back and uses her smarts to try and escape, which she does. By the end, even when she is revealed to gut-punching truth about who the killer is and who is actually responsible for her motherâ€™s death, she always manages to stay strong, and ultimately take down BOTH of the killers who have been tormenting her and reap her of her once happy family.

Randy: â€œCareful, this is the moment when the supposedly dead killer comes back to lifeâ€¦for one last scare.â€
Sidney: *after shooting Billy in the head*: â€œNot in my movie.â€ 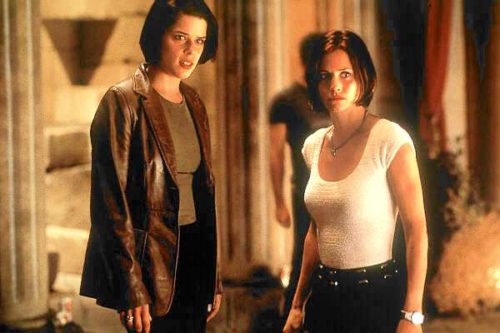 In Scream 2 we find Sidney at college, hoping to start anew, she has a close group of friends and a loving boyfriend with â€œno apparent psychotic tendencies.â€ It isnâ€™t too long before Sid experiences dÃ©jÃ  vu when murders start taking place, and once again Sidney and her friends become the initial targets. It is at this point Sid is conflicted her where her trust lies and is wondering if history will repeat itself. Despite all of this, she continues to still keep her strength as well as her guard up. This time she is not afraid of running, she willing to confront her â€œghostâ€ head on, from talking back to the killer during their calls, having the perfect chance to run, but chooses to see who the monster under the mask is, and once again giving one hell of a showdown when confronted by the killers. She doesnâ€™t break once.

In Scream 3 we find Sidney now in seclusion, sheâ€™s not so much afraid of the world, but more so she is extremely careful and alert. Her home is fully secured and locked, she goes by a new name, and works from home. But yet again, the killer finds her and Sidney knows that her friends are in danger. Without even a second thought, she flies to Hollywood to help Dewey and Gale solve the murders and bring this new killer down. But this time itâ€™s different. This killer is a real ghost from the past, and this means Sidney must confront all of her demons in order to fully rise to victory and bring the killer down. When itâ€™s revealed the killer is Sidneyâ€™s long lost brother that her mother abandoned, and he is the reason why all of the horror in Sidneyâ€™s life happened, it becomes and all-out brawl. Sidney is at her most fierce and most cunning, all the way to the killerâ€™s death, and she feels she can live at ease.

It is ten years after the original Woodsboro murders, and Sidney is now able to
return home to promote her book entitled â€œOut of Darknessâ€ about her journey through the turmoil she went through. But with Sidneyâ€™s return, so do the murders. Someone is trying to remake the events of the events ten years ago. But now, Sidney finds her younger cousin Jill, her aunt, and Jillâ€™s friends added to the list of targets. With a new decade, come the new rules, and Sid must put together the pieces as the bodies pile up. After all she has been through, Sidney is now no longer afraid. She does whatever she can to protect those around her, including racing to Jillâ€™s friendâ€™s house to protect her from her doom, throws herself in harmâ€™s path to save Jill, as well as others. By the final showdown, Sidney shows that even when the enemy is family, she refuses to be weak, she stands her ground, fearless, stealth, and out of darkness.

Throughout those ten years, Sidney has never once faltered in her actions. She always used her smarts, always stayed strong, and always confronted her internal and external conflicts head on. She also showed that she was always willing to put her life ahead of others to save them. In the moments where the average person would feel at a loss, Sidney kept on going. But what makes her the most special and unique is that sheâ€™s the one recurring Final/Lead Girl in a slasher series to never be killed off. To me, that makes her the ultimate Final Girl in slasher history.