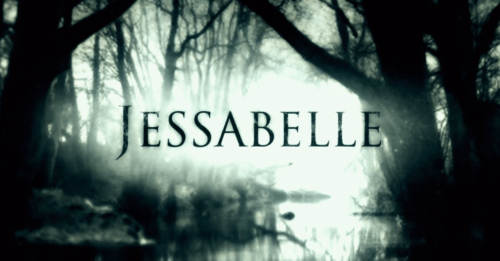 Following an accident that leaves her crippled, Jessabelle â€œJessâ€ (Sarah Snook), returns to her childhood home with her father (David Andrews). It is during her stay there that she discovers video tapes for her made by her deceased mother (Joelle Carter). As she begins to recover more of the tapes, Jess finds herself being haunted by a vengeful spirit that is out to get her. Enlisting the help of her old friend Preston (Mark Webber), Jess sets out to uncover the secret of the home she thought she knew.

Prior to viewing the film, my expectations were really low. It didnâ€™t look bad, but it didnâ€™t look exactly enticing either. Seeing the trailer in the theater, only to have it receive a limited release and a VOD release. While I wasnâ€™t entirely blown away, it wasnâ€™t as lousy as I was anticipating. Sarah Snook provides a very well-done performance as the title character. I admit the accent was irritating a lot of the time, but she did very well with the role and conveyed the emotions she was supposed to spot on. The rest of the cast, while not bad, doesnâ€™t provide anything noteworthy. As for the story itself, I did find myself growing antsy, it was consisting of so many elements of a typical haunted house flick. However, once the final act approached, things began to get interesting, and when the final act does happen, I found my attention completely glued. It features some pretty decent twists and turns, unfortunately, it bares a strong resemblance to particular horror film which I will not indicate in order to avoid giving anything away. Despite this fact, it was satisfactory and it actually made sense, and was very enjoyable. The Louisiana setting also worked very well for the film and provided a decent but familiar atmosphere.

While not exactly original and takes a while to finally gain momentum, Jessabelle goes out with quite a bang, and in the end provides a semi-interesting story. It also shows that Sarah Snook has what it takes to make it in the horror genre.