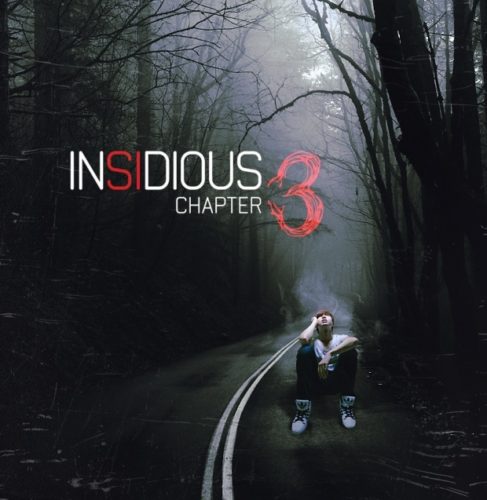 Insidious Chapter 3 is the third installment in the Insidious series. However, it is actually a prequel to the original 2010 smash hit horror.

The story follows a family grieving over the loss of their mother/wife. They are thrown into the darkness when the daughter, Quinn, tries to contact her mother from beyond the grave. She accidentally opens herself up to the outside demonic world. However, with the help of Elise (Lin Shaye), they try to bring her back from the evil possession that has attached itself to Quinnâ€™s soul.

I was very excited to see this hopefully last entry in the Insidious series after the first one terrified me at the cinema. However, that sadly was not the case with this movie. Although there were many scary points and tension building moments, overall the film was built of cheap and predictable jump scares that anyone could see coming.

In saying this though, I highly enjoyed myself watching this film. I think it was a very fun cinema experience and I would recommend seeing the film for sure. I really do think this was a great end to the trilogy. Putting it within the trilogy it is actually above the usual standard for a third entry in a horror film series. So, on that note, I do think itâ€™s a pretty decent film and has a lot of interesting concepts in it.

This I thought, although weaker than the first two, is a solid horror film on its own. I think the fact of it being a prequel means that you can watch it without seeing the other two. Although, it is best to watch the first two if possible. I think that gives the film its edge and also a standalone feel.

Overall I was entertained, scared at points, and even found myself laughing at certain moments.
I thought and hoped it would be better than what it was but it was still a fun watch and definitely a film to go see with a big group of friends and enjoy yourself.