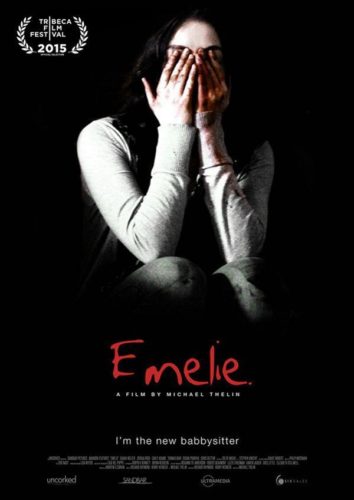 When their normal babysitter is unable to watch their kids on their anniversary night, a husband and wife take a chance on the sitterâ€™s friend Anna. Anna seems perfect for the children; friendly, caring, fun, and the couple feel immediately smitten. After they leave, the children are taken by Anna as well, that is until Annaâ€™s games slowly become more menacing and Anna starts acting different. Itâ€™s now up to the eldest son to find out just who theyâ€™ve let into their house and protect his two young siblings.

This indie horror/thriller is a fresh entry into the babysitter horror genre. At first glance, this may come off as a predictable Lifetime-y film. This may be so, but believe me when I say there is more to it than meets the eye. What truly makes this film thrilling is wondering what Anna has up her sleeve next. Every game that she plays with the children is sure enough to leave them scarred for life. Hell, there were a couple of scenes in which I thought to myself â€œholy shitâ€, without giving anything away, there is one scene that I am shocked they actually â€œwent thereâ€ with. From the get go, we know something is off about Anna, but the horror isnâ€™t about her or her motive, it is literally what sheâ€™s going to do next and how things are going to escalate Itâ€™s enough to where I would certainly add it to the collection of films like Jaws (going in the water), Psycho (showers), and The Visit (visiting grandparents) to where it will make much more cautious about the next time you hire a babysitter with whom youâ€™re not familiar.

Sarah Bolger turns in a tremendous performance as Anna. She has the perfect amount of charm when we first meet her and she flawlessly begins to show how unhinged the character is with every game, just escalating her acting each time. The performances by the children are also top-notch. You definitely feel sorry for them throughout the film and are won over by their innocence. Itâ€™s one of those rare horror films where you actually WANT the children to make it out alive. One thing also worth noting is the score. The electronic sounds during the intense scenes make it all the more thrilling. Though I think I am willing to say that at this point, most indie horror films are going to mimic this after the praise of such sound used in acclaimed films like Youâ€™re Next and It Follows. But at the same time it will massively depend on how well it is used, and this fits in the mold of those two films.

Emilie is a fairly fresh insert into babysitter horror films that doesnâ€™t focus so much on the clichÃ©s or predictability but more so of whatâ€™s at its core and what itâ€™s willing to do to set itself apart from films similar to it. Itâ€™s a smart film that knows what the audience expects and what it doesnâ€™t.