Horror films have been know to inflict nightmares upon people and make them afraid of things at night. I admit when I was a kid and I first saw I Know What You Did Last Summer, I became super paranoid that Ben Willis was hiding in the closet or in the dark corner of my room. But has a film ever impacted you in a way that prevented you from doing certain things in life? Thereâ€™s the infamous Jaws and fearing of going into the ocean, Psycho with showers, and recently one could say The Visit could prevent people from wanting to visit long lost grandparents. I wish I could say that I havenâ€™t fallen under the influence of horror, but sadly I have. Here are my personal five horror films that have impacted the way I live.

5) Bug
A man and women holed-up in a crummy hotel begin to suspect that their room is being inhabited by bugs. While this was more of a psychological thriller with governmental conspiracy theories, the representation of the bugs is chill-worthy. Everyone prefers to stay at a nicer hotel than a crummy run-down one. However, my reasons are more intense due to this film. Although Michael Shannonâ€™s characters emphasizes that these arenâ€™t just bed bugs, the idea of bugs in the bedding and giving bites like this makes me cringe like crazy. Even during the film I found myself itching. Because of this film I am very picky at just how cheap and how the appearance is of hotels, as well as how the beds appear.

4) Backcountry
The film follows a young couple who go camping/hiking in the woods. They eventually become hunted by a territorial black bear. People can say what they want about the bear attack scene in The Revenant, but the attack scene on the couple in their tent was downright horrifying and brutal. It is because of this that I have grown extremely paranoid about ever wanting to go in the woods. Living in the Northern Midwest, there are always sightings of bears wandering around. This doesnâ€™t exactly help matters much. 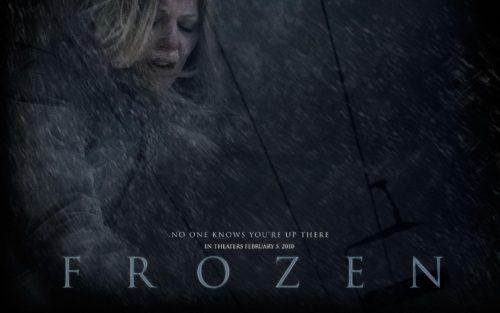 3) Frozen
Three friends find themselves stranded on a ski lift after the ski lodge closes. The cold winds/weather, the heights, isolation, and deadly wolves threaten the group. Okay, so this one is kind of a long-shot, but to be stuck on a ski lift in the freezing whether and seeing what it did to these characters, but putting your trust on a rickety chair at a large height in this freezing whether is enough to make me not want to go skiing after seeing this film.

2) The Bay
A documentary/found-footage style horror film that follows a reporter doing a story on the fatal events that befell a small town after their water had become infected by deadly parasites in their local water. There are instances where the parasites have made their way into the humansâ€™ bodies and began feeding on them from the inside and causing horrible skin lacerations. And some were even killed by the parasites themselves by swimming in the water. I am someone who absolutely loves swimming and would rather do it in a body of water than a pool. This movie however has made me paranoid about going into these bodies of water more than ever to where Iâ€™d wanna know more about its conditions before going in. With reports of people becoming sick or even dying from diseases in the water, The Bay only makes the thought more horrifying. 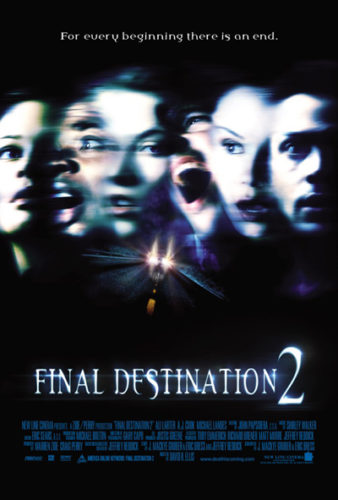 1) Final Destination 2
There are many things in the Final Destination films that cause people to second guess certain things (airplanes, roller coasters, tanning, etc.), I canâ€™t say very many of them have affected me that much (I love roller coasters way too much to be afraid of one crashing). That said, it is due to the pile-up scene in Final Destination 2 that I will never, ever want to drive near a logging truck. I have come across these too often on highways and interstates to where Iâ€™ve done whatever I could to put a great distance between me and the truck. It takes something as small as weak chain or strap to make those logs cause a wreck or death.

What horror films have impacted YOUR lives?