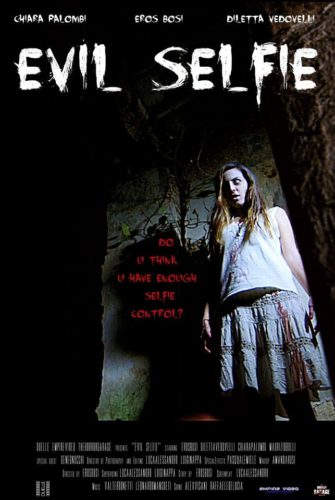 About Evil Selfie:
Two years after his directorial debut with the vampire movie “Circondato dalle tenebre” (“Surrounded by Darkness”), Italian independent filmmaker Eros Bosi is back with a new ironic horror tale entitled “Evil Selfie.” Shooting on the short horror film took place between March and April 2016 in Terni, birthplace of the director. The film was made in collaboration Luca Alessandro & Luigi Nappa ( authors of the short Ways of seeing) and Alex Visani ( producer of The Pyramid ). The special effects were made by Pasquale Miele. The artistic team includes the same Eros Bosi, Diletta Vedovelli, Chiara Palombi, Maurizio Bolli and the famous television host Gene Gnocchi. The plot tells of an engaged couple who travel to the countryside. They are seemingly unaware that a girl died under mysterious circumstances at this very place. You will realize its spectrum through a selfie. Looking for the film to be slashing soon, scheduled for release later this year.