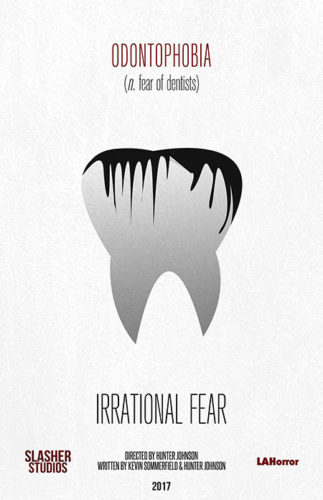 We are pleased to report that the latest horror feature from Slasher Studios, IRRATIONAL FEAR, has officially been funded on Kickstarter! We cannot thank you all enough for the incredible support in both backing and sharing the project. When I say we couldn’t do it without you, it’s true. There would be no movie without the kindness we’ve received from you awesome indie horror lovers. So, what happens next? We are currently looking to film in Wisconsin this June for a late October, early November release on DVD & limited edition bluray. We’ve also decided to extend our open casting call (new deadline February 17th) to allow for actors to receive one more shot at having a place in our new horror movie.

We currently have the following roles available:

NATE (age range: 40-50)— Jakeâ€™s father. Much like his son, he is obsessed with personal appearance and order in life. He is a high profile lawyer who has taken this weekend off to be with his son, something that he never lets his son forget. Heâ€™s slick and sophisticated with a George Clooney type style.

KELLY (age range: 30s)— Thirtysomething tough, wilderness girl who has grown up around the area and knows the ins and outs of the land. Sheâ€™s not afraid to get dirty but she has a softer side after she lets her guard down.

CAMERON (age range: 16-24, if looks younger)– Teenage jock, muscles are larger than his brains even though he normally means well. Tries to appear smarter than he actually is but it normally backfires on him. Heâ€™s a sweet guy who tries to do what he can to help out others. His biggest fear is choking and he obsessively cuts up his food into the smallest pieces â€œjust in caseâ€.

If you are interested in any of the roles, please send us an email at [email protected]. It’s going to be a bloody good time!