SPOILER ALERT!!! DO NOT READ IF YOU DONâ€™T WANT TO BE SPOILED FOR THE FOLLOWING FILMS: SAW, CRY_WOLF, THE SKELETON KEY, THE UNINVITED, HAPPY BIRTHDAY TO ME

More often than not, most twist endings these days are pretty predictable or they are carbon copies of other twists. Hell some twists arenâ€™t even twists a lot of the time, but that can also be subjective. However, there are still plenty of twist endings in horror films that can leave you jaw-dropped or immediately want to go pack and pick up on clues you may have missed. And then there are some twists that may be predictable but theyâ€™re still enjoyable twists nonetheless. Here are a few of my personal favorites. 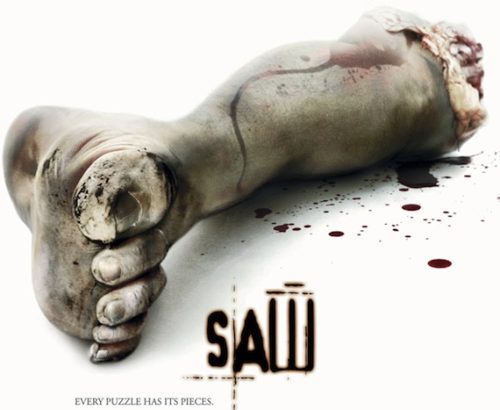 1) Saw
Never before have I been so shocked at a filmâ€™s ending. And never before have I seen a movie with an audiences who went crazy when it happened, not to mention literally at the very end. The whole time we are thinking the character Zepp is the villain known as Jigsaw. And we have reason to believe this. But what we donâ€™t have reason to believe is that the dead man in the middle of the floor between our two leads is the real Jigsaw and has been listening to and often controlling them the whole time. I can still recall how I felt when the iconic music begins to play as Adam starts the tape and you see John Kramer/Jigsaw rising up and we see Adamâ€™s shocked and horrified expression as he then gets locked in his dark prison to rot. The scene itself is so well done is so many aspect that amplifies the shock of it. 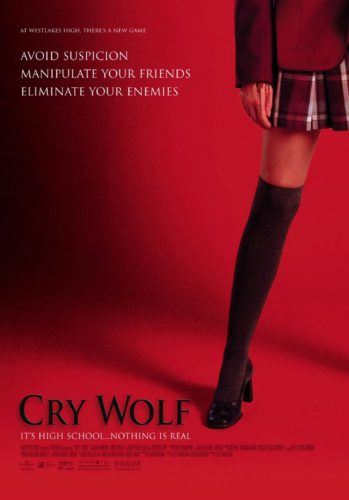 2) Cry_Wolf
This is a film that I find extremely underrated (but thatâ€™s another story). Throughout the film we see these young friends playing a prank on the school that a killer is on campus. But coincidentally, the killer theyâ€™ve created is brought to life and preying on the group. This is another film that I found myself completely caught off-guard (to an extent). We are given a first twist revealing that the killer wasnâ€™t real, it was all a prank played on the main character Owen, but also a few pranks made on each other within the group. However, this prank results in the death of one of the characters and the main guy is held responsible. We think this is the end of the movie, but we get another twist, and we find out this whole thing was a plot set up by one of the other characters to ensure the death of the deceased character. The main guy figures this out, but the true villain of the story says theyâ€™ll get away with it because no one will believe him (he has a track record of lying and troublemaking), leaving the lead screwed. The initial twist is a little predictable, and while itâ€™s still interesting, it wouldnâ€™t have been much of a satisfying conclusion. However, the final twist, I did not have a clue about, it blew my mind. As a result, this make the first twist more enjoyable than it would have been on its own.

3) The Skeleton Key
When this filmâ€™s climax approached, I had a vivid idea of what going to happen. I knew the house wasnâ€™t haunted and that the elderly woman Violet (played by Gena Rowlands) was the true villain and was trying to take over Caroline (Kate Hudson), whom has been staying with her to care for her husband. And that the realtor Luke (Peter Sarsgaard) was in on the plot. But the two final shockers I didnâ€™t expect at all. Itâ€™s revealed that Violet and Luke arenâ€™t who they seem to be. It turns out their bodies are possessed by the slaves in the story Violet told earlier to Caroline. The couple have been using Hoodoo to transfer their souls into younger bodies in order to have everlasting life (starting with the two children of the family they worked for). Caroline believes she has the ability to defeat this evil and for a moment we think she has. But when she awakes the next morning after being knocked out, itâ€™s revealed the transfer was complete. Caroline is now in the body of Violet, and the slave woman now inhabits Caroline. Itâ€™s also revealed that Violetâ€™s husband Benâ€™s body has been the vessel for Lukeâ€™s soul the whole time and Ben was never actual ill from a stroke. It ends with the slave couple (now in Caroline and Lukeâ€™s bodies) basking in their glory as the real Caroline and Luke are hauled away in their elderly bodies (obviously to meet death much sooner than they may have anticipated, cause you know, theyâ€™re old now). This is a very bleak and dark ending, but the twists involved are so damn good and it leaves you thinking back on all the clues that were right there, and one that you pay closer attention to when you re-watch it. 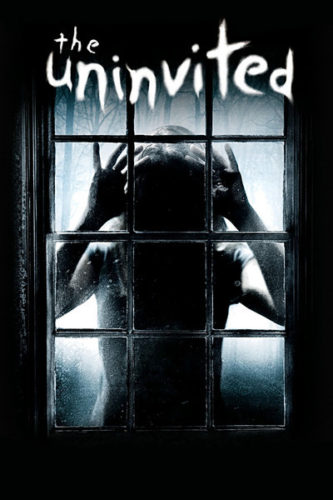 4) The Uninvited
This filmâ€™s twist ending I admit can be really predicted. I didnâ€™t particularly expect it, but despite its predictability I think itâ€™s a great twist to an already pretty dark and engaging story. The lead character Anna comes to realize that her sister Alex has been dead the whole time since she arrived home after being in a mental hospital (and has been in her head the whole time). To add to the twist, Alex (and the girlsâ€™ mom) died due to Annaâ€™s actions (accidentally) after trying to kill her father and his mistress. All of this was blocked out of her mind. And the mistress the two sisters are suspecting of killing their mother is actually a decent woman and this whole thing was made up in Annaâ€™s mind due to her hatred of the woman, mixed of course with the fact that Anna is crazy as hell. By the time Anna realizes this, she has already killed the mistress (believing Alex killed her). This is quite a bit too and seems pretty complex, but I still found it a mind-blowing, and also pretty heartbreaking twist. Especially seeing the close bond she has with her sister (the chemistry between Emily Browning and Arielle Kebbel was fantastic) only to find out she died. To make this reveal sequence even better, the performances by Browning, Kebbel, and their father (played by David Strathairn) make it even more affecting. 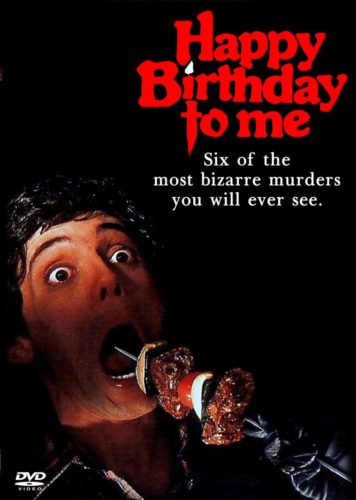 5) Happy Birthday to Me
This cult classic has hands down the best twist ending of its time. I saw this about 5 years ago or so for the first time after hearing a friend of mine talking a lot about it. Our lead character spends much of the movie believing she has been committing the murders of her classmates. By the end of the movie sheâ€™s accepted this. When her father arrives home he sees the dining table surrounded by the dead bodies of the classmates. He then sees in horror as his daughter comes out, now completely crazy. After she kills her father, the REAL lead girl awake from the table. She sees her doppelganger/twin in front of her. She realizes sheâ€™s not crazy but still not sure what is happening. Add another twist by revealing this psycho killer is not her twin as the killer pulls off their (rather quite perfect) mask of the main girl and itâ€™s revealed that itâ€™s one of her friends who has faked their death and is seeking revenge (theyâ€™re not twins but half-sisters and blaming the main girl for her problems). The films itself isnâ€™t exactly one of my favorite horror movies (it is quite good though), but here again, a twist(s) I sure as hell didnâ€™t see coming, and they are one right after another, just never leaving you time to let your mind catch up. So by the end of the movie youâ€™re thinking â€œwhat the f**k?!â€