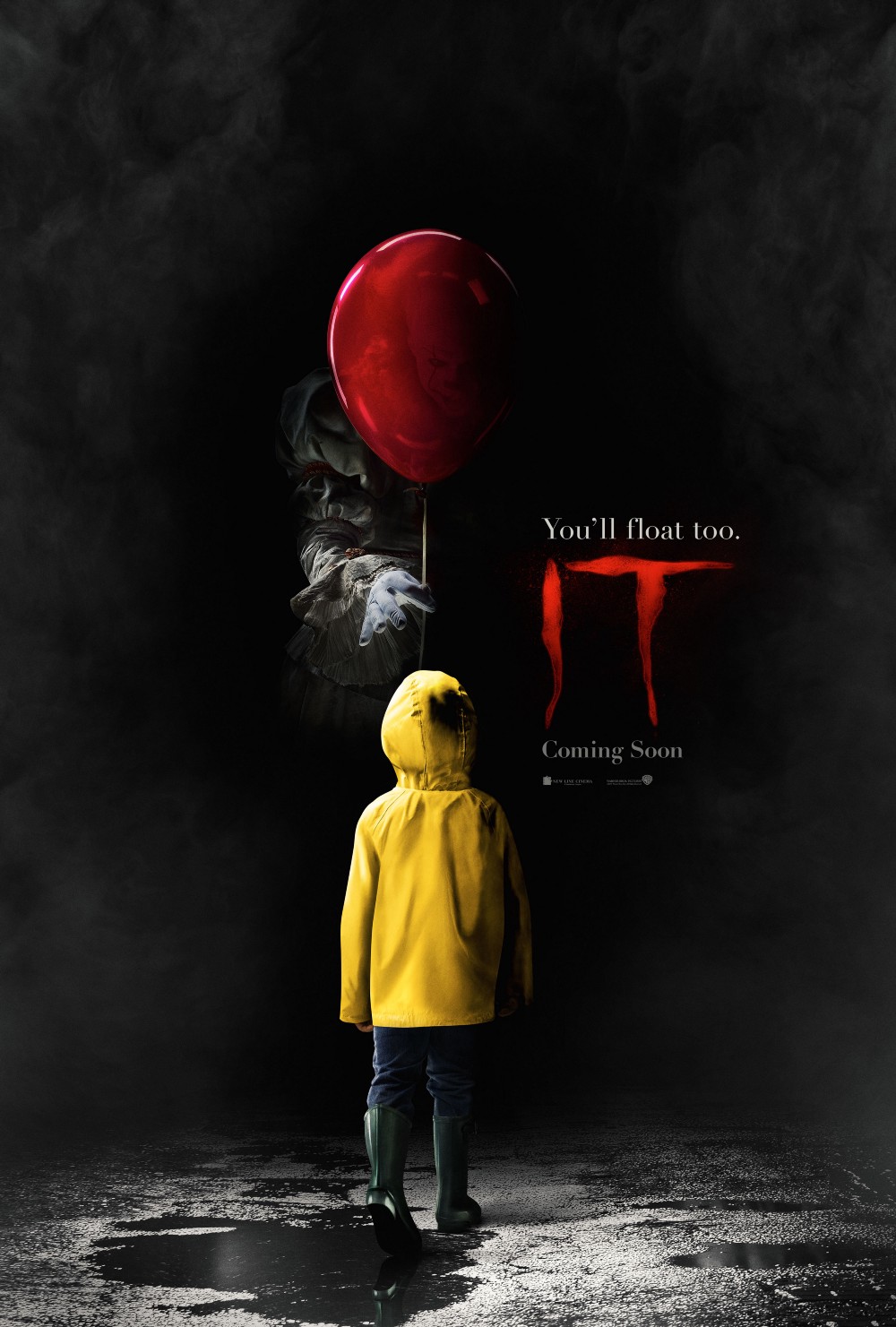 In the summer of 1989, a group kids called The Losers Club ban together to face an evil creature who appears in the form of a clown named Pennywise who feasts on his victims by using their fears against them. Apart from the evil clown, the kids also must face the local bullies, problems in their home lives, and growing up.

This adaptation of the Stephen King novel is only the first chapter. This chapter focuses on the Losers Club as children and the next part will focus on them as adults. It is hands down one of the most perfect horror films, and films in general, that I’ve seen in a long time. The film succeeds in so many different ways. The horror is extremely well-done and really pulls you in. The jump scares come off as more startling moments more than anything. But any of the true scary moments rely on the intensity, atmosphere, the actors, and the overall direction. There were many instances in which my heart was pounding like crazy and often shaking from the intensity. Some of these moments are when the kids are in the house where Pennywise resides, the opening scene, and the projector scene. But there were many other scenes as well.

But more than anything, I loved following the story of the Losers Club. These characters are so lovable and ones you have so much fun with. You genuinely feel like you are a part of their group and are feeling what they are feeling. In some ways you could say this is more of a coming of age story with horror thrown in. And this works so tremendously. The ability to connect with the characters couldn’t have been possible without the amazing young cast. I was blown away with how incredible they were. They brought so much heart, fun, and emotion to these characters and they all had incredible chemistry. The characters who play the bullies do a great job as well and do a great job of making you hate them. Bill Skarsgaard just knocks it out of the park as Pennywise. I’ve never been afraid of clowns. Ever. But Skarsgaard totally managed to bring a great amount of terror and unease inside me that I never expected to feel. Apart from the cast, I cannot express enough how much director Andy Muschietti and writers Chase Palmer, Cary Fukunaga, and Gary Dauberman made this film happen. The writers brought in such an engaging, funny, terrifying, and often heartfelt story. And Muschietti knocks it out of the park of bringing so much nostalgia on screen and sucking you into this world and making you become a part of this group. And the nostalgia could go in different ways of classic 70s/80s coming of age films, or just reminding of your own childhood altogether. He also does an amazing job using the incredible and scary set pieces make you feel just as uneasy and on edge as Pennywise does. For a movie that’s over 2 hours long, it moves at such a perfect pace and flows with such ease from funny, touching, to terrifying and it all builds up to a great final act. I fell in love with these characters and was so attached to them that I honestly could have stayed another 2 hours for Part 2 or even stayed another 2 hours to watch the movie again. If I had to pick a flaw I suppose I’d say the CGI was sort of distracting, but nothing I couldn’t get over.

It is such a perfect movie in every way a movie could be. A great story with so many emotions involved, engaging characters, an excellent feel of nostalgia, great pace and build up, amazing cast, wonderfully filmed and under great direction. I tried covering as much as I can about this movie and why it’s so great, but it’s one you have to see yourself.