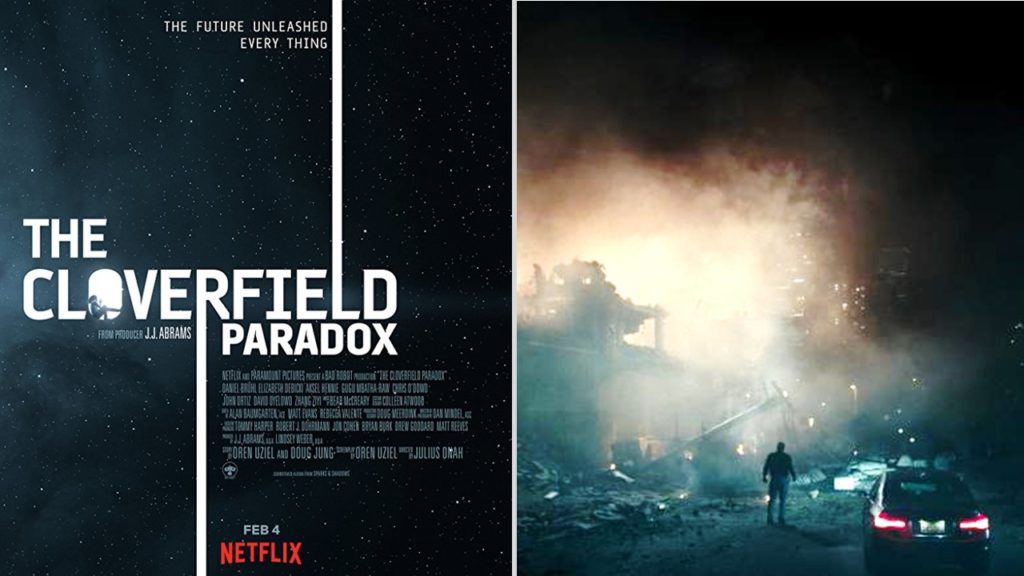 The world is running low on energy and life is on the brink of extinction. It is now up to a group of scientists to save mankind, in order to do so they go into space to run a particle accelerator which will create a grand amount of energy to save lives. Ignoring warnings of a paradox that will lead to disastrous consequences if they continue the mission, the scientists unlock something sinister that could destroy the very thing theyâ€™re trying to save.

The surprise release of the 3rd Cloverfield film on Netflix got me extremely excited. I loved the first two films, and part of me could feel that the next entry would be just as great. Sadly, I was wrong. Itâ€™s not that Cloverfield Paradox is an entirely bad film, it just suffers from a bad script. This film promised to reveal how the events of the first two films were set in motion, and to an extent it does. What this film ultimately does is leave more questions than answers and leaves fans of the Cloververse to throw out more theories than ever. As I watched the film, I loved seeing the little connections and reveals, but at the same time I realized just how forced these connections were. Along with this, it also left an extreme amount of unbalance between the film standalone story and its connection to the Cloververse. It becomes quite a bloated mess, it constantly goes back and forth between the events happening and in space, and whatâ€™s happening on Earth, and itâ€™s easy to tell how much of the Earth stuff was added in just for the sake of connection.

In all honesty, I wanted much more of the events on Earth than we got. What made 10 Cloverfield Lane so great was that it could easily stand on its own, but it also gave us subtle hints in its connection to the Cloververse, even in tone. Thatâ€™s not to say that some of the tone fits along with the first two films, but as mentioned, the script tries way too hard to fit in with this established world with how much they stuff into the script. As far as its set-up to explain all of the events, it is clever, but it also feels a little too convenient and (again), leaves way more questions than answers and essentially throws out the straightforward anthology concept. The FINAL connection to the Cloververse I admit made me happy as hell, but that too left some more questions. The Cloverfield connections aside, the story itself for this particular film is rather interesting and kept me interested the whole time, but again, due to the uneven script, much of it (along with the characters) felt really undeveloped, there was so much more they could have explored with the concept, but it felt really rushed.

Some of the events that occur are more weird than terrifying, which was kind of disappointing. Had there been more scenes like the one that mirrors Alien, it would have improved things a little more, thatâ€™s not to say that are a few intense scenes, but not as many as there should have been. One of the biggest things that bugged me was the bits of humor thrown in that was so cringe-worthy and didnâ€™t fit with the tone at all. The biggest strengths that this film has are the production value and the performances. The effects and set pieces are great and are used to its advantage. As far as the performances go, the biggest standout is Gugu Mbatha-Raw as our lead. She nails it on bringing the emotional side of her character, but also a strong female character that is relatable and you root for. Daniel Bruhl also turns in a fine performance, as does David Oyelowo. The rest of the cast is fine, but they are very limited with their characters and feel like your typical doomed crew members.

The Cloverfield Paradox is rather disappointing when it had opportunities to be great. The plot of its standalone story had a great concept, and of course the Cloverfield connections are nice, but it suffers with trying to have the best of both worlds, and ultimately both worlds do suffer because of it. Letâ€™s hope the next entry (supposedly due later this year) will be a somewhat improvement (itâ€™s also worth noting that the next film has a slight nod early on in the film), but with what they established in this and how this world is connected, weâ€™ll have to see whether this ultimately make or break the franchise and potentially screw up continuity. Who knows? By this point I have no idea what to expect from J.J. Abrams and Bad Robot. Despite this filmâ€™s flaws, I do recommend it for fans of the Cloverfield films, and if youâ€™re not a fan, maybe youâ€™ll enjoy it more and not care about the connection flaws. Itâ€™s definitely a film that will be talked about amongst the hardcore fans thatâ€™s for sure.